Like in most sports, the cheerleading world has its pinnacle, where peak performers take their place and showcase their talent on a world stage. According to GeNienne Samuels, pro cheerleading expert and founder of pro cheer/dance consultancy Sideline Prep, the most popular league for auditions overall is the NFL.

With their performances broadcast at every game, the NFL dance squads often become as popular and recognizable as some players. It’s the “big show” in cheerleading and dance, and every year, hundreds of women compete for one of the coveted team spots. 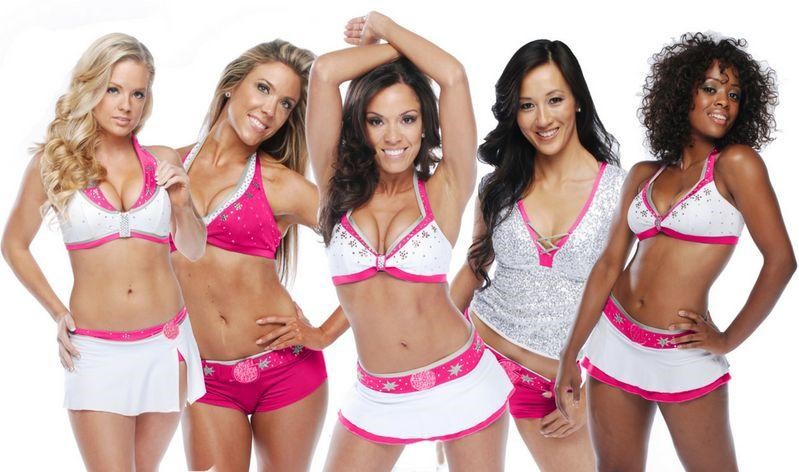 In 1954, the Baltimore Colts became the first NFL team to bring on cheerleaders. Since then, NFL cheerleaders have solidified their place in American football history. They not only perform at games, but also in special performances for USO events and parades.

“On the professional level, even though many of the teams are called cheerleaders, they are really dancers,” says Samuels. NFL cheerleaders and dance team members are often highly-skilled dancers with intermediate to advanced techniques.

Gaining a position on an NFL cheerleading squad takes extreme dedication and a high level of talent. Given that between 200 to 900 women can attend a single NFL cheer audition, the probability of making the team can be low.

“Most NFL cheer teams have anywhere from 28 to 40 spots on the team,” says Samuels, “so the probability of making the team depends on the number of people that submit an audition tape or show up for auditions. It could be anywhere from 10% to less than 5%.”

Despite the odds, landing a spot on an NFL cheer team is an elite position; one surrounded by fierce competition that requires strong preparation to obtain.

Nailing Auditions and Getting that Coveted Spot

GeNienne Samuels’ company Sideline Prep takes ladies (and now gentlemen) through every step of the audition process. However, she is not one to sugarcoat just how daunting of a process it can be.

“You need to understand the team’s requirements going into the audition,” explains Samuels, “It includes not only the dance requirements, but also the look, speaking ability, fitness level, personality, community involvement, and more.”

Samuels stresses that people have to bring the whole package to the table.

“You have to look the part and fit in with the current team in order to be considered. This includes your hair, makeup, attire, fitness level, and smile.”

Hopefuls need not have many years of dance or cheer experience to compete for one of the coveted team spots, but prospective cheerleaders should expect to put in a lot of time and effort. Preparing for the audition is crucial—each team has its own set of audition guidelines, rules, and specifications for what they look for in a dance team member. Hopeful cheerleaders should research their target team and know what that team is looking for. Many teams will host workshops that allow prospective cheerleaders to work with the current team and get an inside view of what it takes to make a particular team.

It’s also imperative that one meets the prerequisites demanded by each team, lest they be turned away on audition day before they even get to show their stuff. Most teams require that cheerleaders at least be 18 years old and have a high school diploma or GED equivalent. Some teams, such as the Atlanta Falcons, require that cheerleaders be college students or have full-time or part-time jobs.

A spot on an NFL cheer team is not a full-time job in and of itself, even though it requires many hours of practice, performance and community service and appearances. On average, NFL cheerleaders make roughly $15 to $20/hour or a set amount of pay per game. Many use the position as an impressive resume builder or part-time side gig as they put themselves through school. Some just do it for fun because they love to dance and perform.

Some teams recommend that cheerleaders learn a choreographed dance before their audition, attend prep classes/clinics, or attend multiple auditions. It deserves to be said again that knowing the individual requirements of one’s target team is monumentally important. This is especially true at the pro level.  Each league and each team within each league could have different dance styles, technique requirements and “look”.

“Most NFL dance teams focus more on big movements that can be seen from the 400 level of a huge stadium,” explains Samuels, “So the dances are normally pom-based or jazz or hip-hop with bigger movements.”

Knowing what to expect, and then preparing accordingly, when going to auditions can give prospective cheerleaders an edge over the competition.

While technical skills, demeanor, speaking ability, and a person’s overall look are wildly important to nailing an audition, mindset and confidence can sometimes be the attributes that set someone over the top when it comes time for decisions to be made.

“The core foundation of our program is helping individuals improve their self-esteem, mindset, and confidence, so they walk into auditions feeling their absolute best,” explains Samuels.

Samuels’ program boasts a 98% satisfaction rating from former students and touts many former and current NFL cheerleaders among their coaching team. They’ve helped their clients make 15 different NFL and 13 different NBA entertainment teams. The Sideline Prep plan that combines skill, confidence, and preparation creates an ideal prospect—one that teams are likely to take a second look at amid stiff competition.