Have you ever considered the repercussions likely to befall you after you become an addict of social media? You need to stop it if you are starting. If already addicted, try to quit slowly until you make it. Or else, prepare for a tragedy ahead, and if you cannot believe this, read on to find out the hazards that come with a social media addiction. 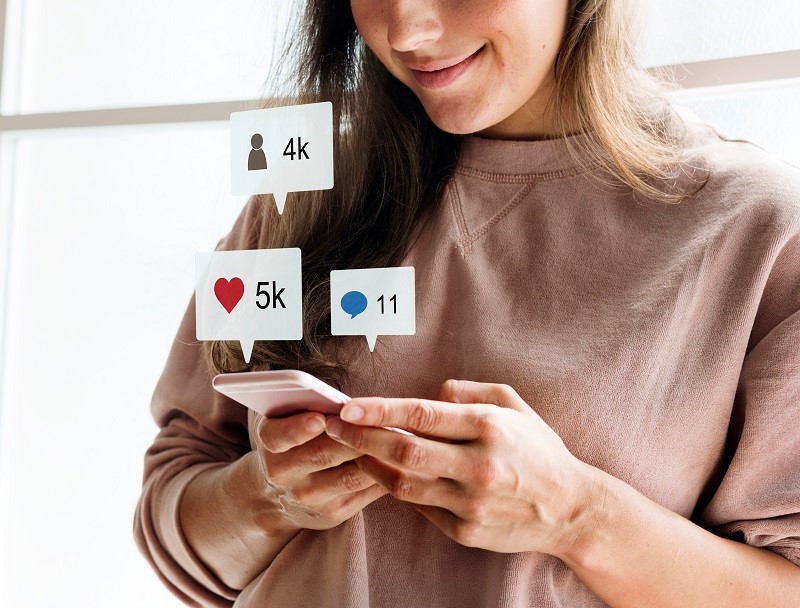 So, what are some of the influences social media is having on women?  Many women have stopped wearing decent clothes; others are suffering from mental health, and some have lost self-esteem. Others, still, are getting into drugs so that they can be like their peers.

Fashion has been there even before the coming of Smartphones, contrary to many beliefs. Women still used the thigh-high boots and designer handbags. Women wearing dresses of the past today, are taken to be a stereotype.

According to renowned blog Social10x.com, most are trying to copy the social media like Instagram, celebs, and peers.

This way, social media have profoundly affected the dressing code of most women. When some women see other women in boots that they can’t afford or some other outfit, they end up feeling sad.

They spend a lot of cash meant for other essential stuff so as to fit in the new trend just like other women.

Most women are regular social media users.  And unlike the days we did not have social media platforms; most of them are now committing suicide due to mental health issues. What is shocking is that both the literate and the non-literate are suffering from mental health due to social media influence.

Recent studies show that cases of suicide have raised and some of the contributing factors are the games people play on social media and the desire to be like others.

Others are admiring other women on social media too much that they feel they cannot live an extra day without achieving what those women have.

This has made many to become mentally ill and eventually lose the meaning of life.

You may find it hard to live if you copy these socialites so much. You see, for example, you may have a big body, yet you admire slim persons. Trying to fix your body size without success, may lead you to think of using chemicals/pills to achieve your goals fast.

That is exactly why most women who are following gurus on social media. They end up using dangerous supplements. As a result, they develop chronic diseases that last in their lifetime. The worst scenario is skipping dishes to maintain a slim body. The results are a weak body and health issues.

Most celebs and so-called public figures mostly use drugs before the cameras. They take alcohol and do all sorts of vices.

A woman may find herself trying some of these vices, especially the teens, to match the celeb. Some will try it out because they are curious to know how it feels to use those drugs.  Others still, will believe that since the celebrities are using those drugs, using them is not evil and is a path to becoming a celebrity. That’s deception, of course.

Well, that is why it may not be right to live the lives some celebs live because it may destroy your life. Nevertheless, some of them are role models. If you have to follow a celeb, look at their lifestyle first. It’s one way to avoid temptations to vices.

But honestly, can’t you live your own life? You need to only value yourself.

Every woman is unique and beautiful.  The good thing is to accept that you are beautiful and avoid copying social media stereotypes. They’re non-existence.  After all, all women have a fault. These stereotypes look perfect because they accept who they are and decide to enjoy life the right way. So, as a woman, don’t allow social media to influence you into the wrong world. Just be yourself.