From their family to yours, Heartbox Scotland is working on an extra special box for August that celebrates the great Clans of Scotland and their magnificent lands. 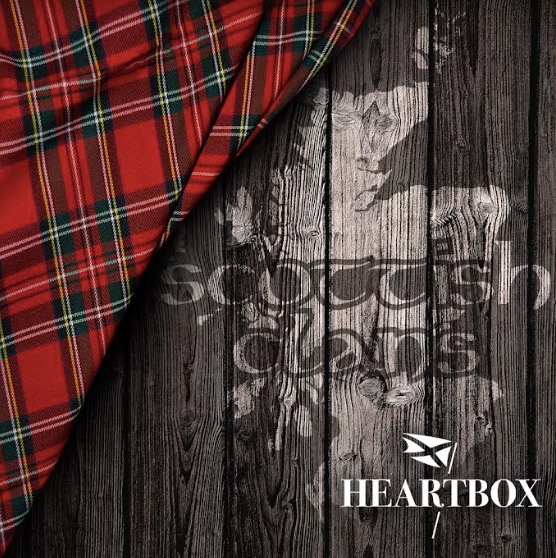 Heartbox Scotland is a monthly subscription service that creates cultivated boxes centered around Scottish heritage and history. Whether you are a Scot by blood or a fan of the culture, Heartbox Scotland brings Scotland right to your doorstep.

The family-owned business is run by father and daughter Gemma and Michael. Heartbox Scotland was created after the two observed the worldwide love for Scotland and the pride people take in their Scottish heritage all around the globe. The August box will emphasize this idea of family ancestry, and celebrate the Clans culture and history!

Gemma and Michael are working closely with Scottish clans in the United States to celebrate these boxes. The two emphasize working with small, Scottish businesses to create an authentic and genuine experience for Heartbox subscribers. The August box, titled ‘Clans & Their Lands’, is sure to be a family affair that unites Scots around the world.

While the content in the Heartbox Scotland boxes always changes, a few things remain the same. The box will always contain a Scottish recipe, will always be ethically sourced, and will always be hand-picked from local vendors. However, the August ‘Clans & Their Lands’ box will contain an extra special gift that has been teased by Gemma.

Many customers love receiving these surprise boxes from month to month, leaving Heartbox Scotland with a very successful first couple of years in business. Their February Outlander Inspired Box, ‘Dinna Fash,’ created quite the buzz and led to a 50% increase in Heartbox subscribers. The box contained a hand-made 100% wool tartan and linen Outlander inspired cushion cover, a ‘Dinna fash’ exclusive enamel pin, a Dragonfly and Amber Cabochon pendant and a silver necklace, a celtic knot pendant bookmark and a Dundee Cake recipe card. The ‘Clans & Their Lands’ box is expected to have the same impact on Heartbox Scotland.

Heartbox Scotland also offers free guides on their website that can help curious subscribers read more about the history and locations in Scotland that fill Scots with pride. The August box is likely to resemble the Great Clans of Scotland guide that discusses in depth the ways clans have shaped Scottish culture.

Scottish Clans are more than just a family name. A clan is symbolic of family ties and kinship, pride, heritage, and history, coming from the Gaelic word for “children”. Clans date all the way back to the 12th century and have been the root cause of conflict that shaped Scotland’s turbulent past.

A monthly subscription costs roughly $55, including shipping fees. Along with a monthly option, Heartbox Scotland offers the choice to receive a box every three months, every six months, or every twelve months. With the value of each box being anywhere from $70 to $80, subscribers can be sure that they are gifted high-quality items at the lowest possible cost.