Six little baby kittens were found abandoned in an alley in Indianapolis, Indiana. Luckily, someone spotted them and took them to an animal rescue. Volunteers from the rescue checked them up and made sure they get a loving foster home. Three of the baby kittens went to Jennfer and the three others to Penny.

Jenifer lives with Bear, who was also brought as a foster but ended up being adopted by her. He has been amazing with the kittens and a great help. The foster kittens, Olive, Mara and Fletcher, came out of their carrier and started exploring their new foster home. 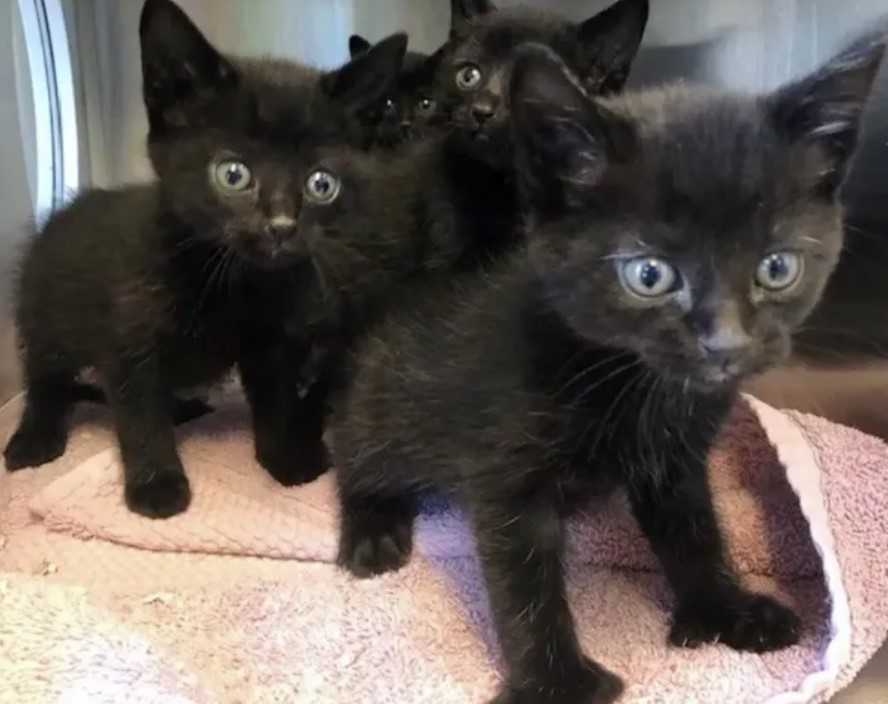 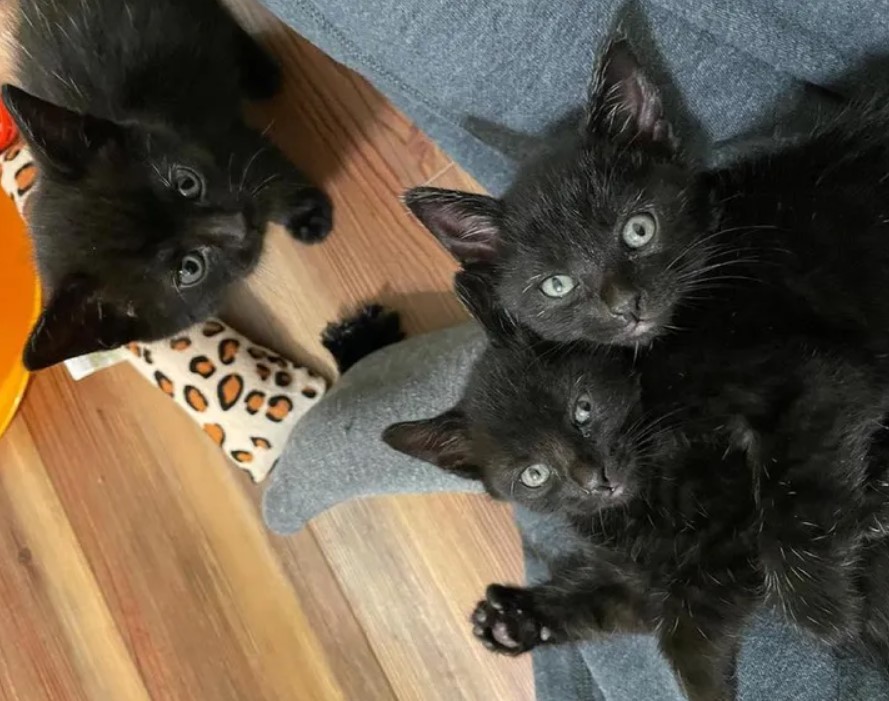 “The kittens were a little skittish at first, but settled right in. They were very playful and curious right from the start and loved all of the new toys. I could tell they were missing their mama cat a lot, so I gave them a heating pad and a stuffed heartbeat ‘mama’ for comfort,” says Jennifer. 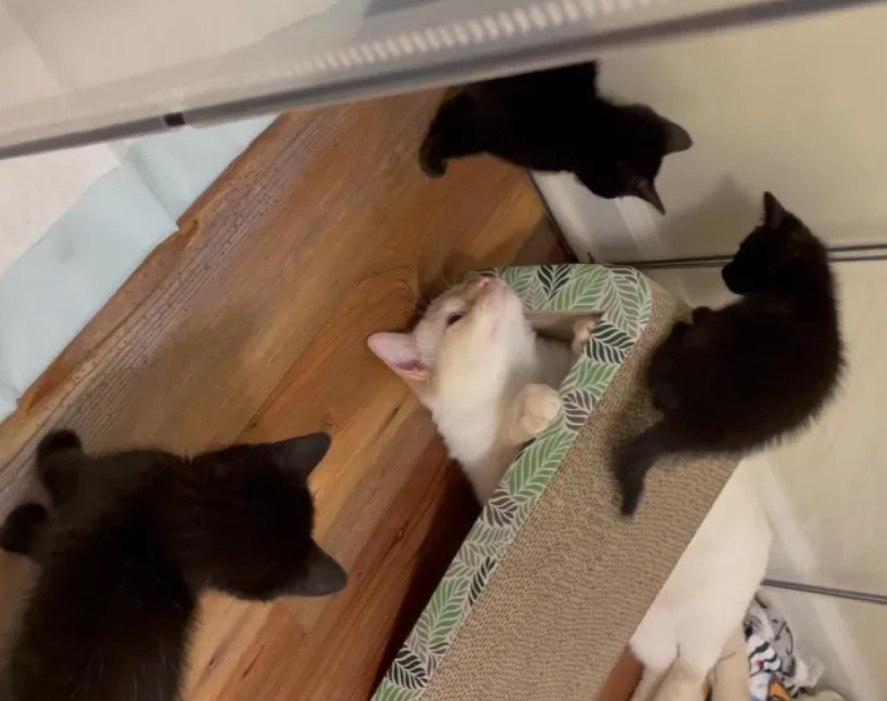 When the babies were medically clear, Bear finally got the chance to meet them. The kittens weren’t sure about Bear at first, they started sniffing him, but they soon started following him around. The kittens soon realized that Bear was their friend. Bear even started washing their faces, which gave them additional comfort.

Now, the kittens adore him and purr when he’s around. They love playing with him and asking him for hugs and licks. As soon as he enters the room, they rush towards him. Papa Bear keeps them protected at all times and showers them with love.

“Bear is a very happy-go-lucky cat with an easy-going personality. He was a foster himself, so he knows the drill. He’s really good with all of the fosters he’s been able to interact with so far,” explains Jennifer.

The kittens are even unique, they have one extra toe on each paw. After their rough start, they’re now thriving in foster care and we’ll be up for adoption once they’re old enough.