The rescue team from the “Hope for Paws” shelter were on a rescue mission that would change two lives. When the team received a call for a starving dog that was left alone in the mountains, they rushed to the spot to find a starving dog in need of help and a forever home. 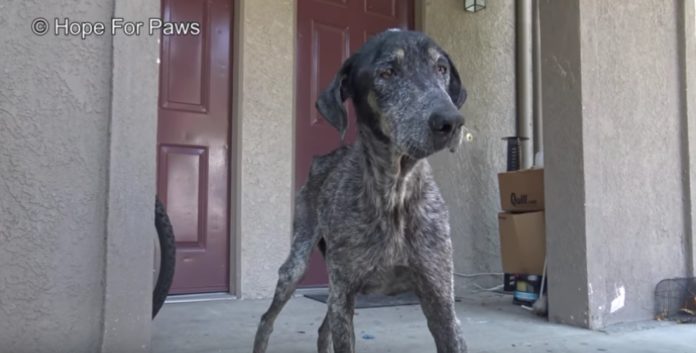 The rescue team took the dog to the vet for a check up. The dog was suffering from hair loss and was malnourished. They also found that she had a microchip that unrevealed the dog’s story. The dog’s previous owner couldn’t take care of her anymore, so they gave her to another family. Unfortunately, 2 years ago the family had reported that the dog was dead. Her old owners were saddened and spent years mourning for the loss of their beloved dog.

The people from the shelter called the dog Edna. Although the family learned that the dog was OK, they weren’t able to take her back. Edna is now in foster care where people are helping her re-acclimate to society again.

You can check the rescue video here!