While the whole world is fighting against a pandemic, Southern Mexico is also fighting against other natural disasters. The city has been hit by Hurricane Eta and tropical storm Gamma floods. More than 300.000 people have been affected by the rainfalls, dozens dead and hundreds of people missing. The Tabasco region hasn’t seen these kinds of floods for over 50 years. 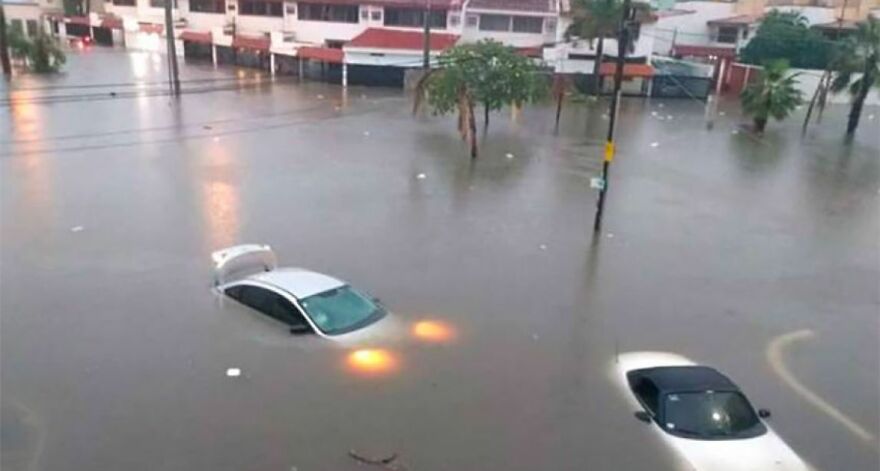 The storm has passed, but the tragedy and damage are still going on. SEMAR, The Mexican Marine Secretariat, has been activated for a rescue mission since day one, roaming the fully flooded streets, searching for people.

One of the lucky ones who got rescued was this gorgeous Labrador retriever. The scared dog was standing on his feet, leaning against the window sill when he was spotted by SEMAR. Water has covered half of the poor dog’s body and the situation seemed urgent. 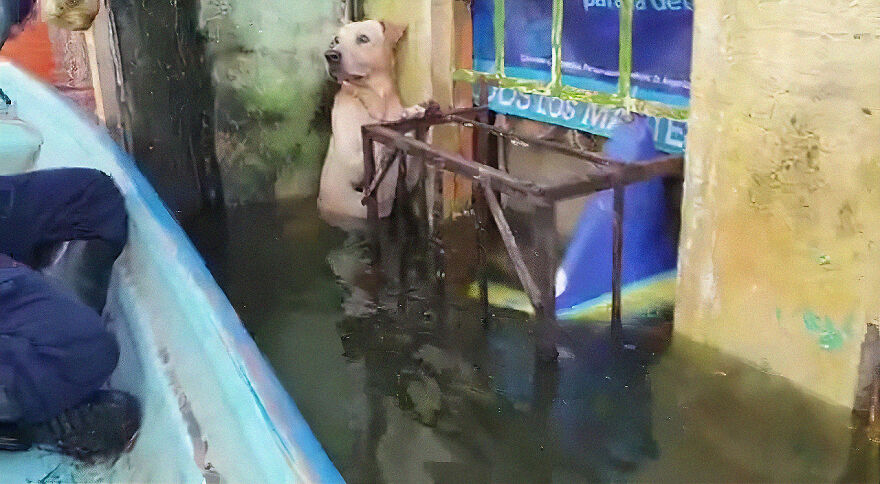 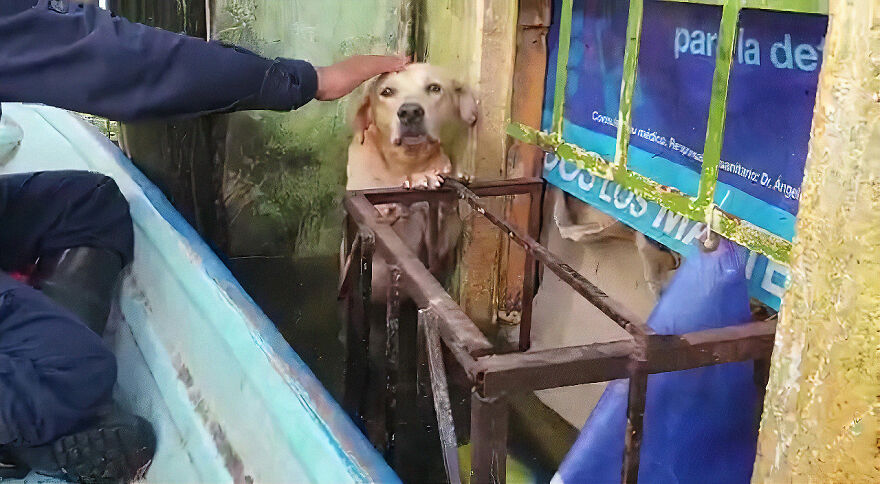 SEMAT got close to the dog, and the rescue worker patted the dog’s head to calm him down and then helped him get on the boat. The dog was then transferred to a bigger boat and then finally to safety. 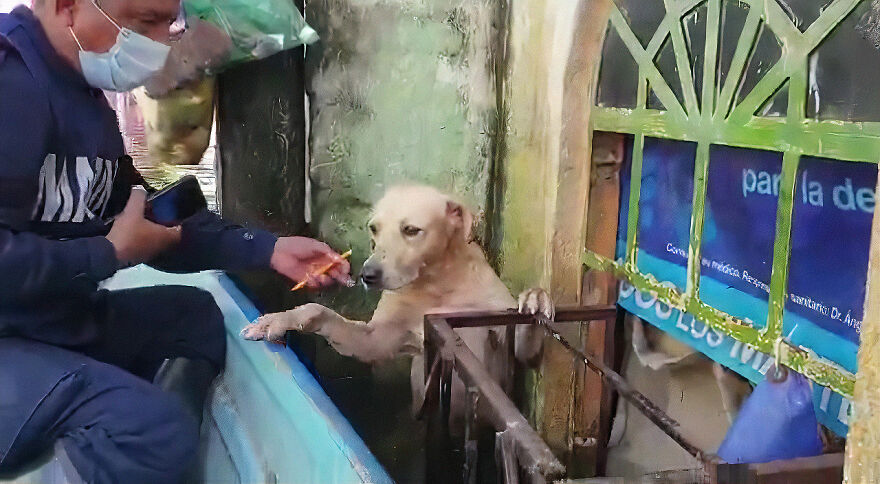 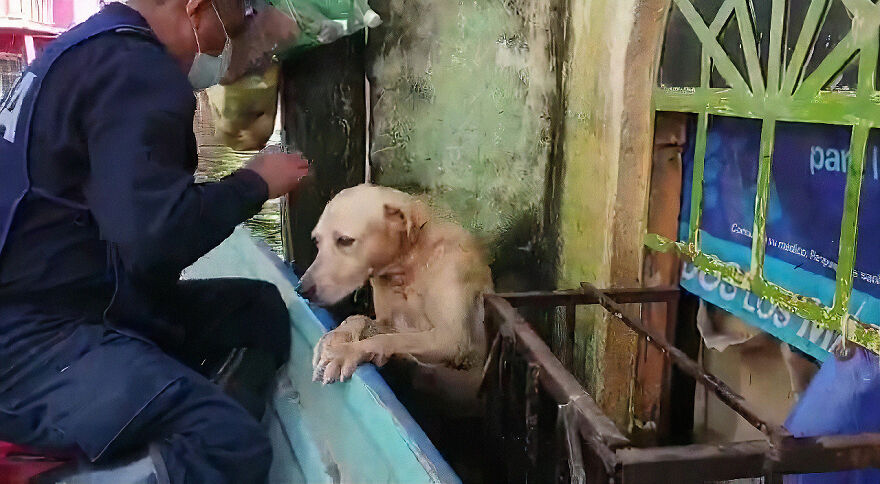 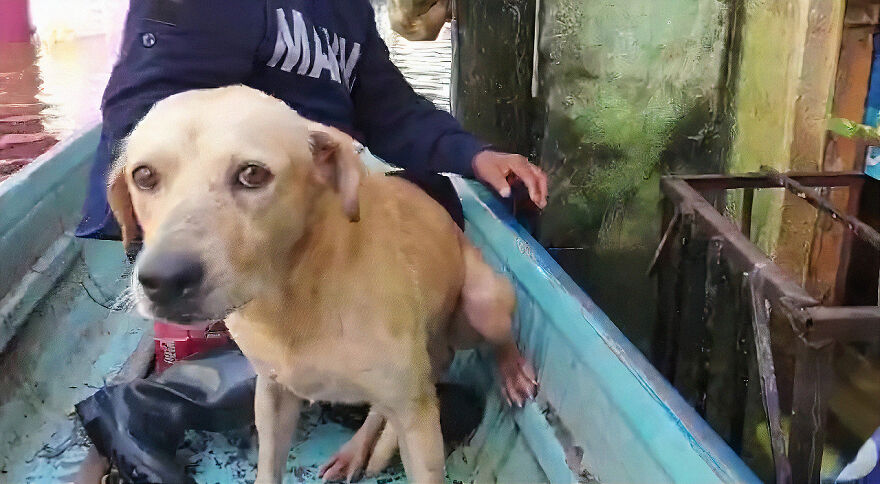 The dog was checked by a vet but there was no signs that something was wrong with him, except the fact ha he was scared. Since no one claimed ownership, the Marine Secretariat decided to take him into their Navy family. 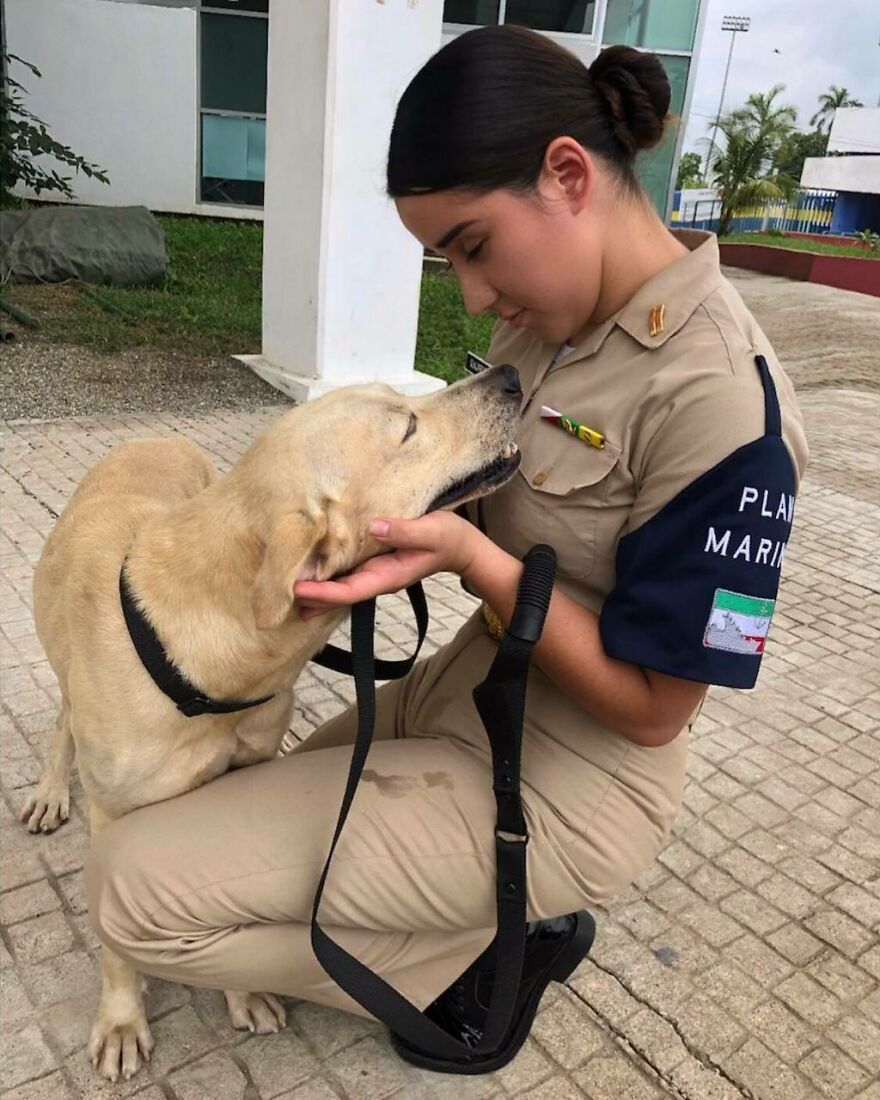 “The dog shows great potential and ability for that. There’s a hope that he’ll be one of the best rescue dogs since it had the experience of being rescued itself. Goes to show that even in the heavy clouds there are a few rays of light and hope shining through,” explains the dog’s rescuer. 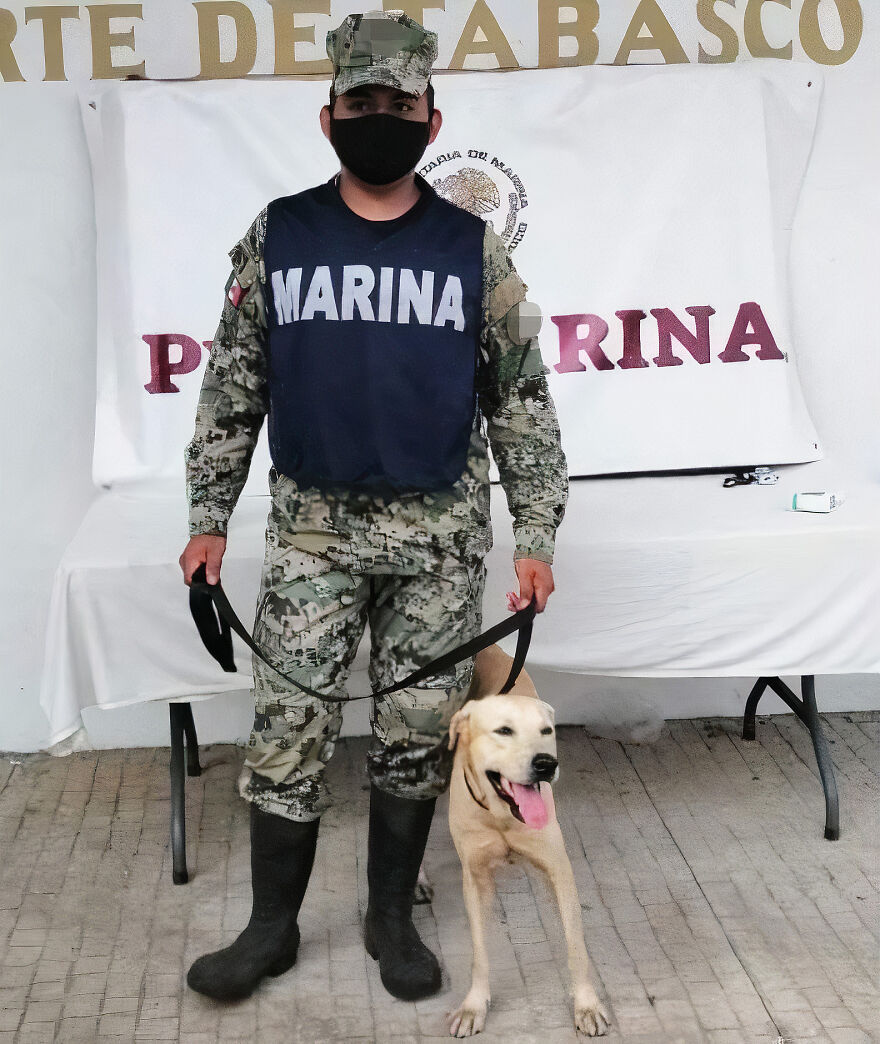 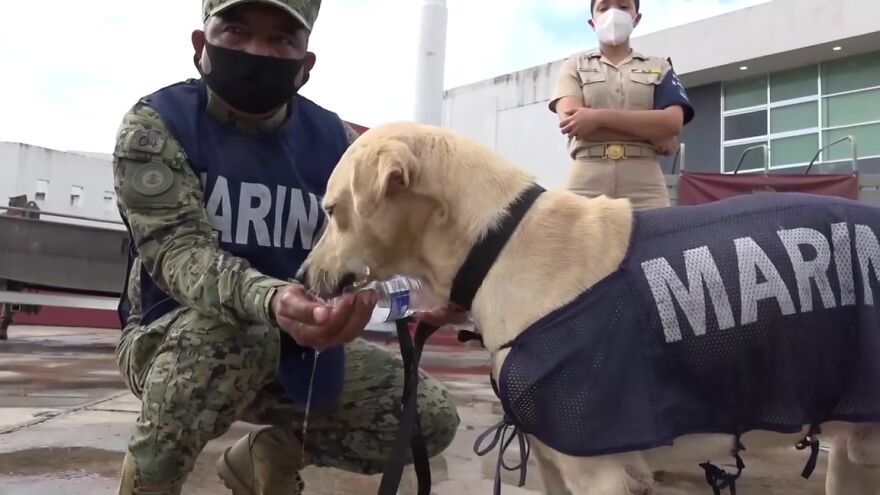 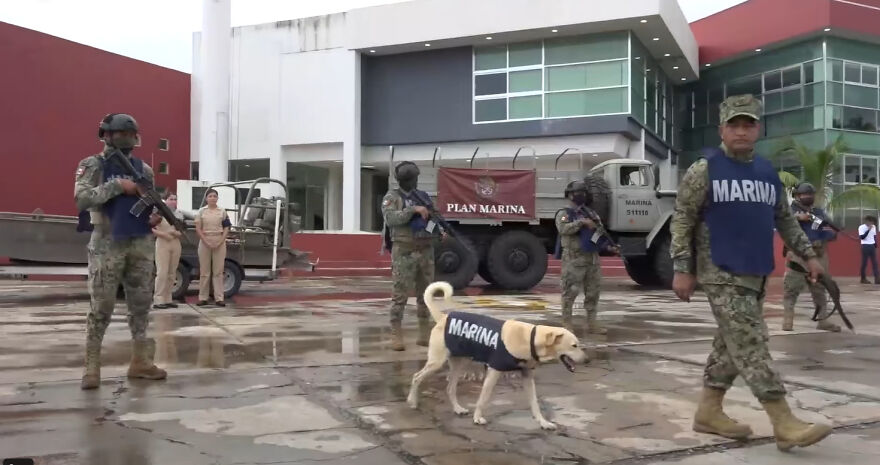