Binge eating disorder (BED) is one of the most common eating disorder subtypes in the United States. According to the National Eating Disorder Association, BED is three times more common than anorexia or bulimia nervosa combined. Characterized by an uncontrollable tendency to eat to a point that it is physically uncomfortable during binge episodes, these disorders can be severe, and that means binge eating disorder treatment often involves multiple types of therapy. An effective treatment option for binge eating disorder recovery is daily exposure therapy. 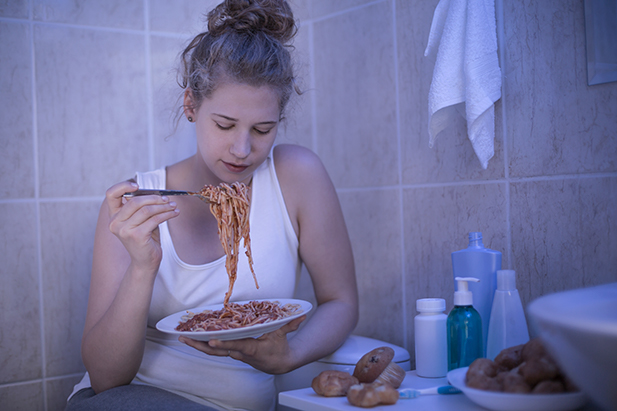 What Is Daily Exposure Therapy?

Daily exposure can help people during binge eating disorder therapy because it addresses one of the driving factors behind the disorder: anxiety. Those with BED tend to have anxious feelings associated with eating or even eating in the presence of others. Through daily exposure therapy, individuals are exposed to the things and situations that would normally drive their behaviors.

For example, someone who binged specifically on a certain type of food may be exposed to that food regularly in a controlled situation and would talk through what they were feeling throughout the exposure. Food is not the only thing used in exposure therapy during treatment at a binge eating disorder treatment center. Exposure therapy can be used to help with other anxiety-driven behaviors, such as eating alone, practicing certain eating-related rituals, and more.

What Is Graded Exposure Therapy and How Does It Work for BED?

During graded exposure therapy for BED in a binge eating disorder treatment setting, the therapist will start with the least feared item by possibly having the client eat in the presence of one person and then maybe a few more people will be present during the next session. Once the client is comfortable eating in the presence of others, the therapist will work on providing those triggering foods in with the meal, and so on.