Georgi Knox was driving on her way to work when a coyote jumped in front of her car. She didn’t have time to top and check what happened, so she believed that the animal was sadly dead.

“I heard a crunch and believed I ran over and killed it. Upon stopping at a traffic light by my work, a construction woman notified me that there was, in fact, a coyote still embedded in my car. When I got out to look, this poor little guy was looking up and blinking at me,” says Georgie. 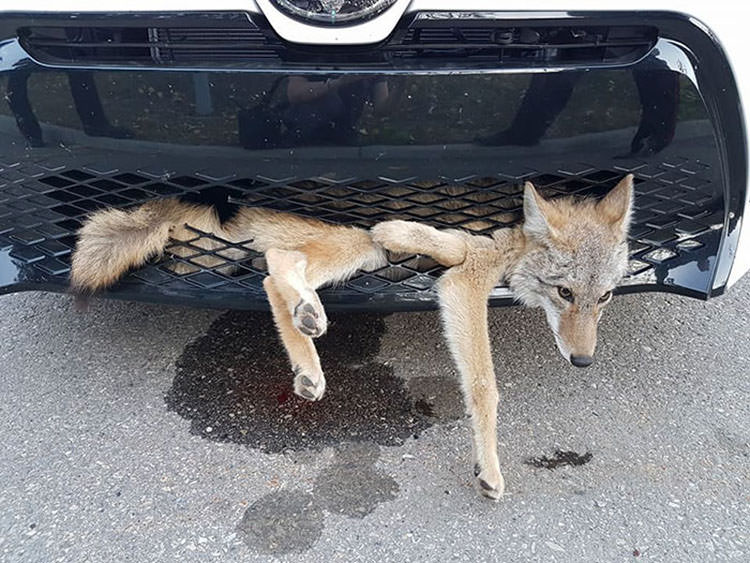 Georgie called the Alberta Fish and Wildlife Enforcement and they came to make sure that the coyote was okay. Luckily, the poor animal was alive and well, just stick in the vehicle. The animal had no injuries and was safely released back to the wild. 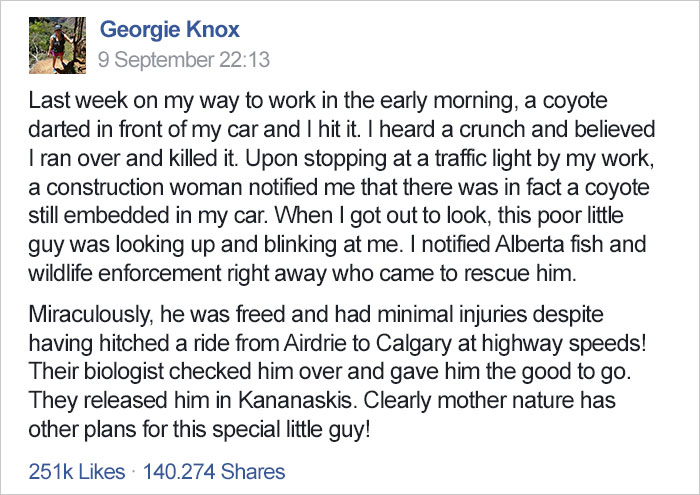 Read some of the comments on his story on Facebook: