The style emerged in the 1950s with the establishment of The Lunning Prize, which was awarded to Scandinavian designers over the next twenty years. Due to the popularity of the style, Scandinavian design is still a source of inspiration for interior design today. 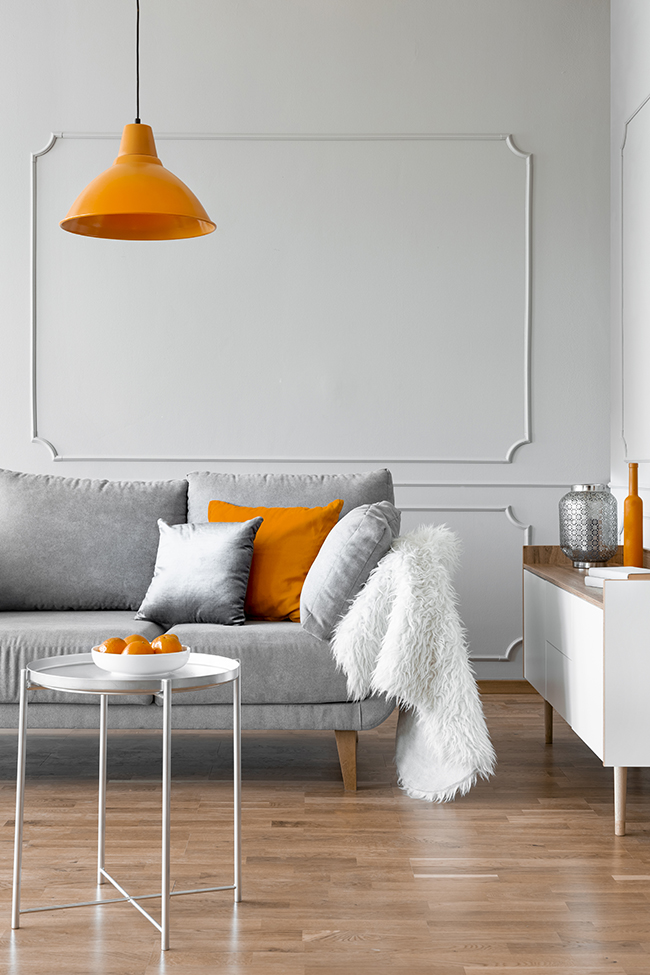 There are several common features that can be found in Scandinavian homes.

A key design component of Scandinavian design is comfort; it’s referred to as Hygge. The term can be difficult to translate, but ultimately it means a feeling of coziness and comfort. It is a pillar characteristic of Scandinavian design and can be easily achieved by adding throw pillows, throw blankets, plush sofas, and soft rugs.

Scandinavian design is also minimal, following the mantra, “Less is more.” This is because, traditionally, Scandinavian homes were very small and didn’t have room for excessive decorations and accents. This idea has translated over into current Scandinavian design, where homes with the design are decorated without clutter. Instead, small plants or sculptures serve as statement pieces, along with rugs.

Scandinavian furniture is built to last, which is why furniture with this design is so common.

There is an emphasis in Scandinavian homes on natural elements, and the same goes for their flooring. Scandinavian design includes lightly finished hardwood materials, usually in a lighter color to complement the light walls.

Wood, in general, is a large component of Scandinavian design. Not only is most flooring made of wood, but it is also included in the walls and in cupboards. In most Scandinavian designs, light woods like beech, ash, and pine are used to match the aesthetic.

Because Scandinavian homes were once small, the design was not only simple but there was an emphasis on functionality. Each piece served a purpose, and the furniture was made to be durable. Walls are commonly bare, and toys are designed as simple wooden objects.

In Scandinavia, the winters are very long and dark, so their Interiors are decorated and painted to keep the space bright. In most Scandinavian homes, the walls are painted white, and there are other darker hues of black and gray; when other colors are used, they’re soft so that the space feels cohesive and bright.

In some Scandinavian homes, while the walls are painted white, other colors are used to contrast, like black. Some accents, like blue, can be found scattered throughout the home, usually through the furniture.

Lines are commonly shown through Scandinavian design and are part of the aesthetic. This is achieved through the straight backs of sofas, straight legs of chairs, the way that furniture is organized, and the framing of spaces with shelves. Clean lines and geometric shapes can also be seen in wallpapers. 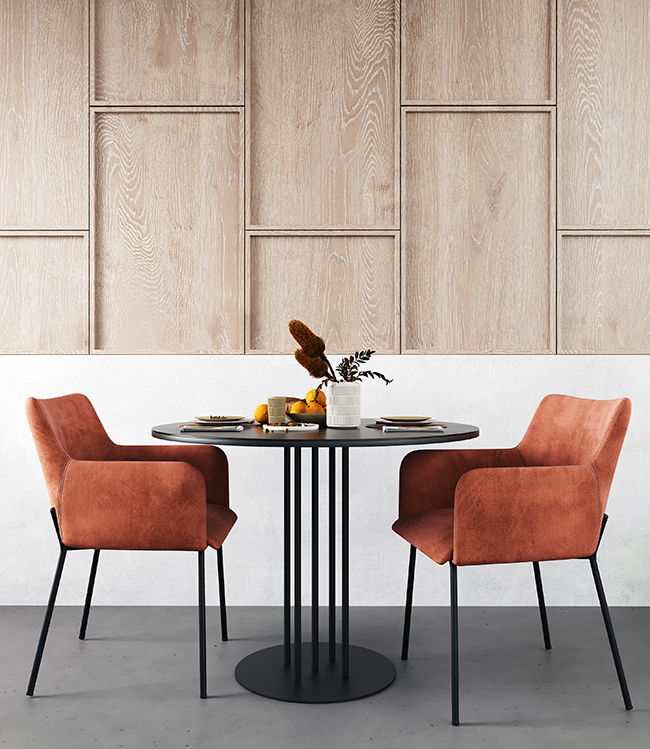 For much of the year in Scandinavian countries, the sky is dark, so Scandinavian design tries to maximize light as much as possible. One of these ways is through their windows; Scandinavian homes typically had large windows to allow in lights, and the windows were either bare or contained simple drapery.

Scandinavian design is fairly simple to accomplish, and there are many ways to style different rooms to achieve the look.