Racing is one of the ultimate adrenaline rushes for both the driver and the observer. It may seem like car racing has always primarily been a men’s sport, but the truth is that women have been racing for more than 120 years.

Men did participate in car racing long before women did, and the sport remains predominantly male, but there have been many notable female racers throughout the years. In a sense, women have almost been turned away from racing as though the sport just simply isn’t for them, but it is! 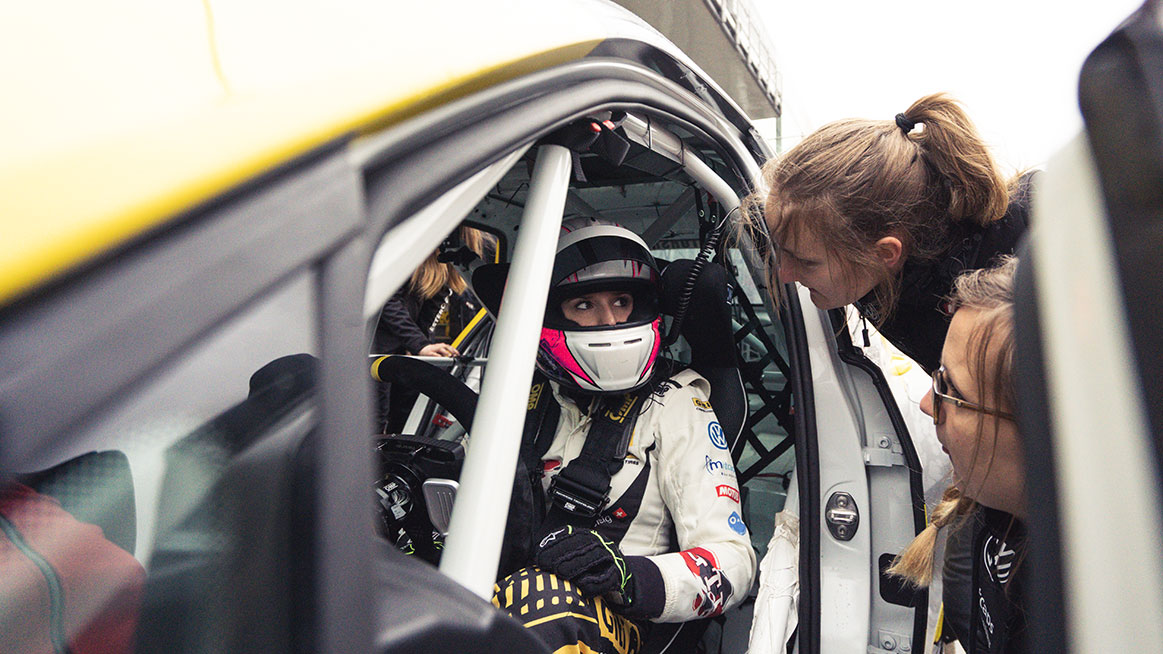 Camille became the first star of the female motorsports group in 1901 when she finished the Paris-Berlin race in 33rd place, after starting in 122nd place. Camille opened the door for women to truly be considered noteworthy opponents during this race.

Giti Angels are the all-female car racing team. They won first in class at Final 2019 Nürburgring VLN Race. This team is unique, because the whole  team, including drivers and technical staff, are women.

Helle was a dancer, model, and skier until she injured her knee, at which time she decided to give racing a try. In 1929, Helle won a women’s only Grand Prix event, at the same time breaking a record for the top land speed for a woman.

In 1958, Maria Teresa participated in the Belgian Grand Prix that is now known as Formula 1. She finished in 10th place. She was the first woman to race and phenomenally place in this race. After this race, she was denied the chance to race again in future years, specifically because she was a woman.

Michele was hand-selected by Audi Sports’ drivers, and she signed with them. While in contract with Audi, Michele won four World Rally Championship events, placing 2nd in the championship during her 2nd year with the team. Audi has a history of supporting women in car racing.

These 5 women are just simple examples of the ground that women have covered in car racing adventures. There are so many more women that could be noted here. Women have faced many obstacles through the years as they attempted to race, at times even being denied the ability to race because they were women. As you can see, women do have a place in car racing and that place continues to grow.

Racing is not a simple sport. While it may not take extreme physical exertion, it does take a certain skill set and it is a dangerous, adrenaline high sport. Not everyone can handle the stresses that come with car racing, but if anything, women possess the skills. Here are some basic skills that you should have for car racing – no matter your gender.

Even though it has been a challenge for women to be accepted as car racers, there are also many strong supporters and the women car racers all have enormous backing. Here are some female qualities that can make women great racers.

A man who knows he is up against a woman racer might give the best drive of his life in that race. There is something in the male ego that just doesn’t want to be beaten by a woman. Of course, this is all in fun, but in honesty, this does seem to trigger a male response of striving harder and making fewer mistakes.

A woman does not have to win to feel complete or accomplished, she simply has to push her hardest and make improvements. Women are high thinkers, and this allows them to grasp the concept of focusing on the drive and the tasks involved to be a successful driver.

Women have had to fight for their rights for as far as time goes back. While rights have certainly evolved, women continue to have to prove themselves far superior to what most men have to prove. Women are ready and able to fight with a confidence that only women possess and silent strength.

While it might be said that women don’t belong in car racing, it stands to reason that women have proven over the past century and quarter that they certainly do have a place on the speedway. Women are strong and they strive to prove themselves daily, but historically it has already been proven that women can be great car racers.

As a woman, don’t let the negative opinions hold you back. Strive for your dreams and goals and prove that women are capable and that women belong even in the tough arenas!