Botox has long been regarded as the leading cosmetic treatment when it comes to ridding the forehead of wrinkles and lines. But there is now an increasingly large number of women in the UK and United States opting to use Botox treatments for an entirely different reason, and it might not be something that you would expect.
Recent news in the UK press has highlighted the fact that women are now using Botox to keep their glossy hair looking good for longer after a blow-dry, as well as to stop them from perspiring during fitness activities. By using it for this reason, women can protect their hair and keep it looking glossy, just like they have just styled it.

Such is the increase in Botox being used for this reason, that some dermatologists and Botox practitioners are now describing the process of injecting into patient’s scalps and entirely different name. Blotox!

What the Industry is Saying About “Blotox”

One such Botox clinic in Bournemouth, UK (Pour Moi Cosmetic Clinic), was approached for comment, with their lead consultant having this to say:

“Whilst we are traditionally known as a cosmetic clinic, specialising in Botox treatments, we have seen an increase in calls from women locally asking about alternative ways in which Botox can help them. In fact, on our own website blog we have a recent article published about how these treatments can be injected into the armpit area in order to help with sweating and perspiration issues, so it’s no real stretch of the imagination to believe the recent press regarding what they are calling Blotox.”

“It’s not going to be something that we will actively promote to our customers as a service, but if someone does approach us asking about it, then we would follow our usual format of conducting an interview and medical with them, before considering if this is suitable for them as an individual”.

“As with any form of cosmetic treatment, Botox, or now Blotox, should be very carefully considered, as it’s not something that we would perform unless we were 100% satisfied that the patient was suitable for such treatment, and that it would have the desired affect they are going to be paying for. There has been a lot of local news recently about bogus Botox clinics, so we would implore any woman considering this to make sure that they do the proper research first.”

How Much Will These Botox Injections Cost?

Having said that, if you do find a clinic prepared to offer this as a treatment, you might be able to negotiate on the typical prices you would expect to pay for Botox injections (click here for an example). 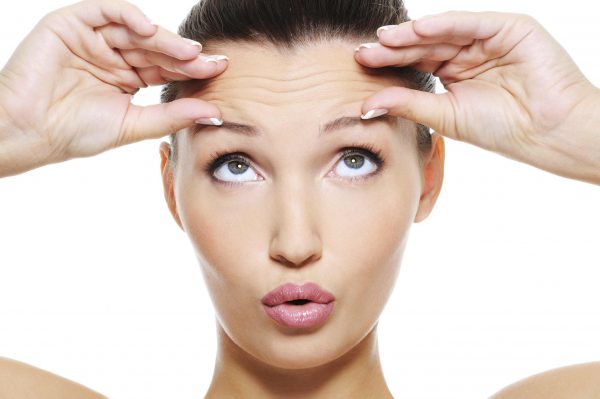 In the UK you might expect to pay around £100 GBP for an injection, with the US market typically costing around $150 USD. We would expect Blotox to possibly retail slightly cheaper though, as it’s not believed as much is required to deliver the desired effect on the hair.

How to Find a Reputable Botox Clinic

As with any service that you consider, you should always do you research into the clinic you are potentially going to use. That can include doing tasks such as talking to people you know, searching out for genuine online reviews, and also checking that the clinic you opt to use for Botox treatment is registered to perform these types of procedures.

Botox injections are approved by the FDA to treat and wrinkle lines in the forehead, with legislation finally passing last month. Previously it was only possible to be approved for treating frown lines and lines around the eyes (also known as “crow’s feet”).

Botox first came onto the public’s attention at the beginning of the 21st century, and since that time millions of women across the world have used it to treat wrinkles and frown lines.

The American Society of Plastic Surgeons have conducted their own research showing that nearly 8 million women in the United States are using it each year, with estimated spend on the treatment reaching two and half billion US dollars.

The trend for more unseal application though, such as injections into the armpit, stomach, neck and other areas for reasons outlined in this blog post, are a recently new trend though.

Botox is used in medical scenarios to treat muscle complaints, and is manufactured from the botulinum toxin neurotoxin, which is naturally produced by the bacterium Clostridium botulinum.