This adorable little creature is called Duffy. Duffy is an Irish Terrier who had many struggles in his life. He was a rescue dog, he lived with many health conditions,including diabetes. Developing diabetes was the worst since it caused Duffy to lose his eyesight. 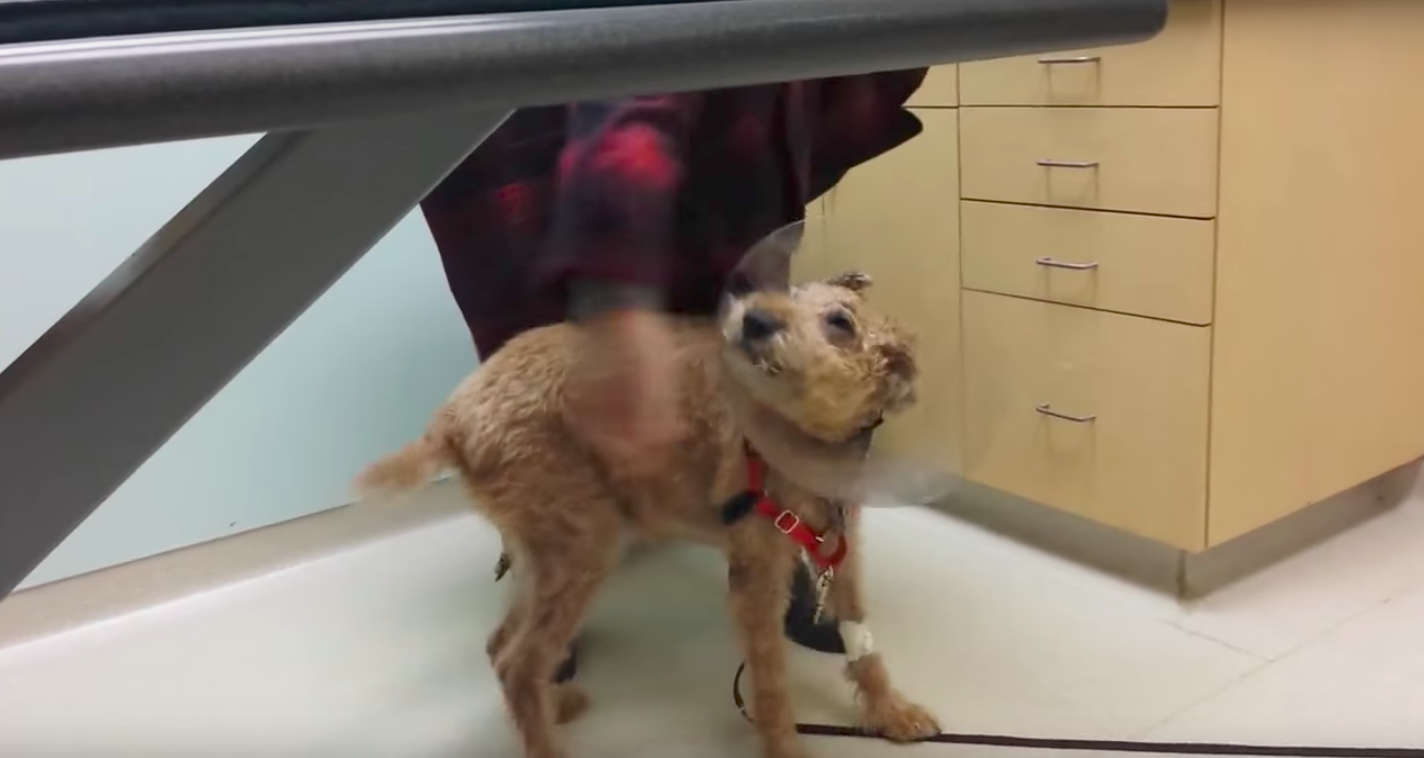 The meds stabilized his diabetes, but not seeing at all was devastating for Duffy. He couldn’t live his life and enjoy the simple things, such as walking and playing.

Luckily, Duffy became qualified for an operation that could restore his sight. Duffy’s family didn’t hesitate! They were determined to help their dog and bring cheerful Duffy back again! They signed Duffy for the operation and he was performed into the veterinary Referral Center in Malvern, Pennsylvania.

Dr. Kevin Kumrow and Dr. Brady Beale  were the heroes that restored Duffy’s sight. The operation was successful and Duffy was discharged! He was thrilled to see his owners again! Thanks to the two veterinarians, Duffy is the same old cheerful and playful dog again.

Watch his first reaction when he sees his family after surgery!