A crowd of anxious customers formed outside the Amazon Go store in Seattle on Monday, as it opened its doors to the public. The online retail giant’s cashless convenience store had been on a nearly 14-month test run, open only to its Seattle employees.

The store requires the Amazon Go app on the way in, and with hundreds of infra-red ceiling-mounted cameras and electronic sensors, customers are identified and tracked alongside every item lifted off the shelf. 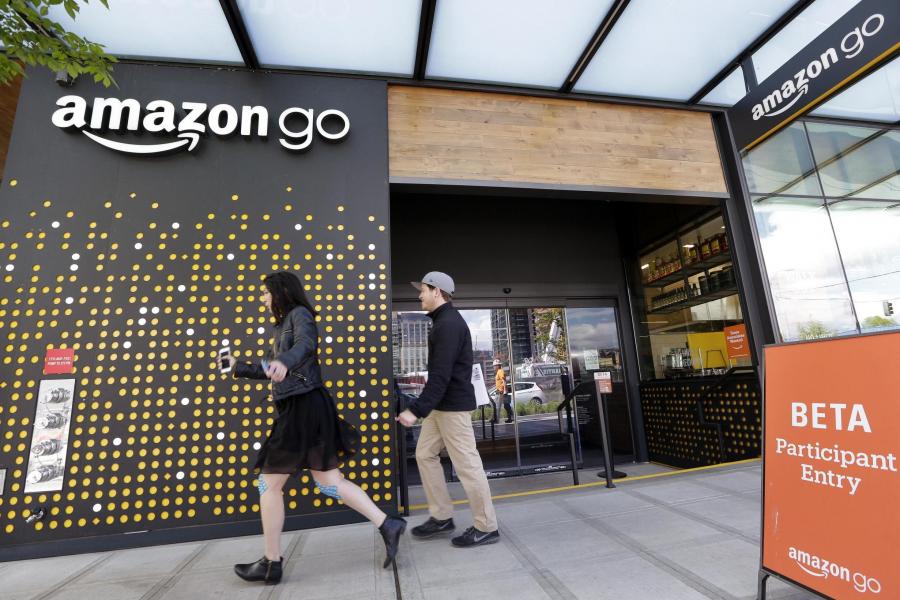 The store doesn’t require trolleys or shopping baskets, as customers are free to load every of their purchases straight into their shopping bags. In fact, there’s little or no human interaction involved, except in cases where customers’ IDs are checked while purchasing alcohol.

Customers’ purchases are added to their Amazon Go account once lifted from the shelves—with the help of weight sensors—and automatically deleted as they’re placed back. An electronic receipt is issued and their credit cards billed once they exit the store.

Due to some identification problems, the store which opened to employees in December 2016 had to delay its launch to correct certain issues—such as children wrongly placing items on shelves.

“The technology didn’t exist – it was really advancing the state of art of computer vision and machine learning,” said Gianna Puerini, head of Amazon Go.

Amazon is naming the concept “Just Walk Out” and says it uses “computer vision, deep learning algorithms and sensor fusion, much like you’d find in a self-driving car”—though the company hasn’t given any information on how accurate the system is.

After being criticized by grocery-store workers’ unions, Amazon declared that the aim of the store is to offer convenience that’s uncommon in corner stores or sometimes-crowded deli stores.

“It takes selection, price and convenience,” said Puerini. “I think we’re delivering on all three.”

While there’s been no definite plan for expansion announced, however, it’s expected that the company would create further stores in other locations—where shoppers can explore the innovative store and shop for anxiety relievers such as CBD gummies.