When we suffer an injury as a result of an accident, we tend to think of the direct, immediate consequences first and foremost. Break an arm and your ability to use that arm will be compromised!

What often takes people by surprise are the indirect consequences. A severe injury such as a road accident can leave you reliant on friends and family members, and this dependency can lead to frustration. Even a minor injury might affect your ability to work and function, which can increase the tension in a household.

So having identified these problems, what can we do to fix them? The first step is to come to terms with the fact that these challenges are coming. 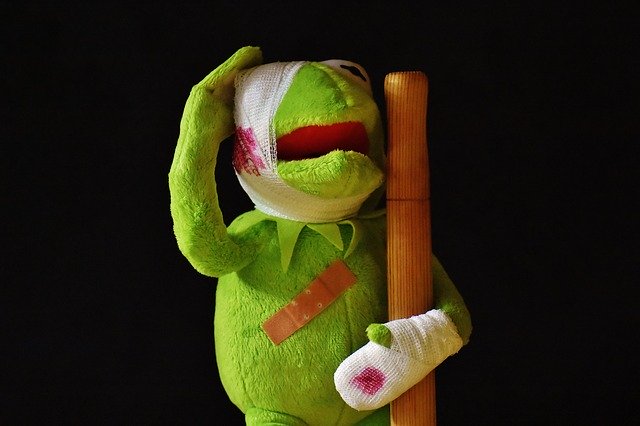 The National Accident Helpline, a solicitors specialising in personal injury compensation, have launched the ‘Make it Right’ campaign to draw attention to these problems. As part of the campaign, they have conducted a survey of British accident victims which revealed a number of mental side-effects to be distressingly common. 72% of respondents reported a mental health problem developing as a consequence of their experience. 35% of respondents reported increased levels of stress, while 13% reported to have suffered from panic attacks. Triggers for these feelings include trips in a car (if that’s where the accident occurred) and visits to the scene of the accident, which might include the workplace.

The knock-on effects of these mental health issues are similarly backed up by the survey. More than half of those looking after children claimed to have found themselves unable to do so properly after their accident. Similarly, more than half of surveyed spouses said that they worried about their other half following the accident.

How to look after your mind after an injury

Safeguarding your mental health when you’re physically injured can be tricky, especially if you’re reliant on physical activity for your mental therapy. If you’re a keen golfer who’s accustomed to taking a trip to the driving range to blow off steam, then a wrist injury might make things awkward for you.

The solution is to find an alternative outlet. You might take up mindfulness meditation, or a new creative pursuit like art or music. Among the more effective activities is gardening, which combines several things which are positive for mental health: a challenge to work towards, problems to solve, green and pleasant surroundings, sunshine, and physical activity.

Speaking of physical activity, it’s especially important when recovering from an injury that you don’t allow your health to suffer. It’s especially tempting if you’re spending your days moping around the house to neglect exercise altogether. If you’re dealing with a broken leg, or some even more debilitating injury, then finding the opportunity to exercise can be extremely difficult.

It’s vital that you identify a form of exercise that matches your new circumstances, and stick to it. Try to work out a timeline for your recovery, and set out a goal that you’ll achieve by the time you’re back on your feet. Your physiotherapist might have provided you with mobility exercises to perform – talk to them about how you might take things further, and where your limits are.

Of course, for all of the benefits of physical activity, it’s not worth risking a relapse. Don’t push yourself too hard, and learn to be content with a day’s activity.