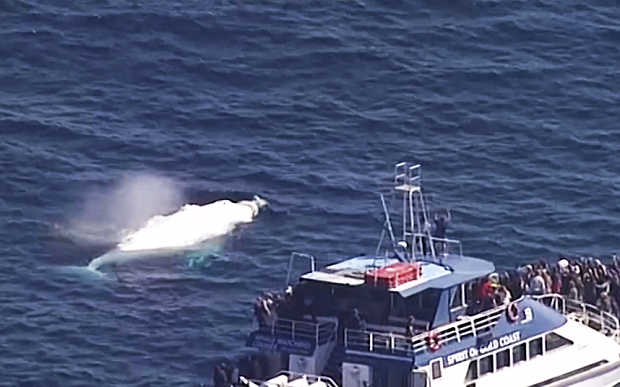 There were many speculations that it might be the iconic white humpback whale called Migaloo. This huge whale was first seen in 1991 and it was the only known albino humpback whale among 23.000 whales that pass the Gold Coast on their way back from Antarctica. 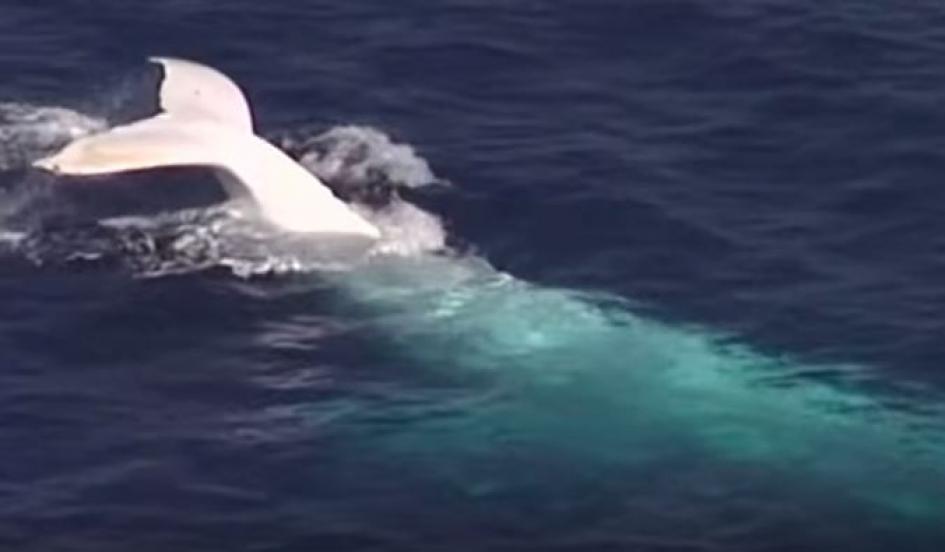 The white humpback whale, spotted on Australia’s Gold Coast, is likely to be “Migaloo Junior,” one of only three known light-colored humpbacks.

Several experts claim that the whale seen last Monday isn’t actually Migaloo. This whale is too small and whither than Migaloo. 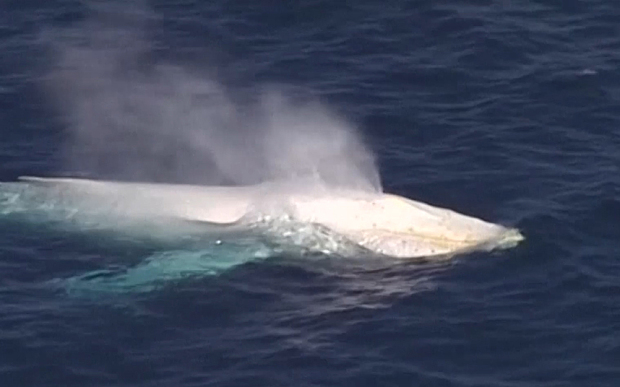 White Whale Research Centre founder Oskar Peterson explains that this certain whale is actually called Migaloo junior. Migaloo junior was first spotted in 2011and there aren’t any certain information if Junior is Migaloo’s calf. There is one more known white humpback whale, but it has identifying spots on his tail.

Albinism can be found in many animals and it’s more common in fish, birds and reptiles than mammals. A study published in 2011 has showed that Migaloo lacks a gene that supports the production of melanin, one of the primary dark pigments found in mammalian skin. This mutation is heritable so it’s quite possible Migaloo could pass this condition to his calves.