This adorable little kitten was found abandoned in a backyard, crying for help. Luckily, a good Samaritan called the local shelter so they could help the little baby.

Ashley, a volunteer from the shelter rushed to spot, where she found the adorable kitten whose eyes were still closed. Ashley thinks that the kitten was left behind by her mom, because her baby kitten was born with cleft nose, so she probably believed that the kitten will not make it. Unfortunately, that’s how nature works. Sometimes mamas leave their weak newborns to focus on their healthy babies. 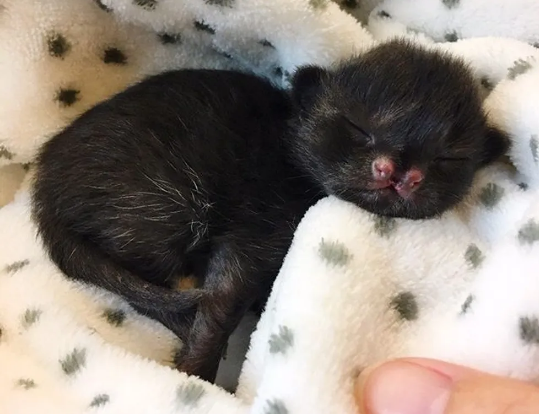 Ashley notices that the kitten had a clef nose when she tried feeding her. Once she saw the cleft nose, she knew that it’s not safe to bottle feed the kitten, but to tube-feed her.

When it came to naming the kitten, Ashley knew that she had to give her a powerful name. She named her Aela, to emphasize the kitten’s warrior spirit. Ashley explains that Aela was her favorite character from a video game, who is a fierce and unique warrior.

“Other than needing to be tube-fed, she is a remarkably normal kitten so far. She recognizes my scent and cuddles up to my hands,”says Ashley. 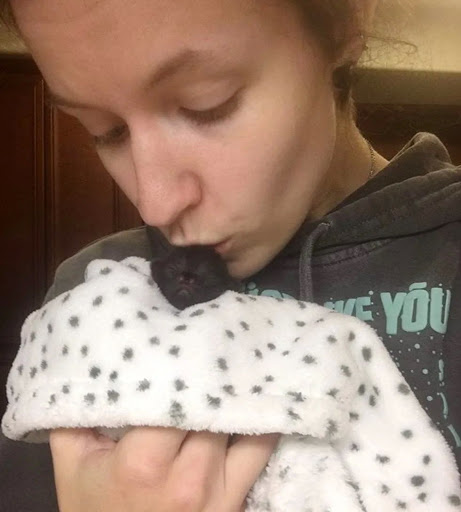 Ashley uses a small toothbrush to groom the kitten and she loves it. She’ll crawl up in Ashley’s hand and fall asleep while she’s being groomed.

Little Aela seems so grateful to be alive and she’s strongly determined to survive. 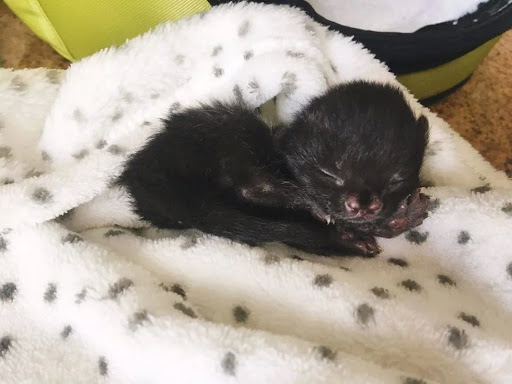 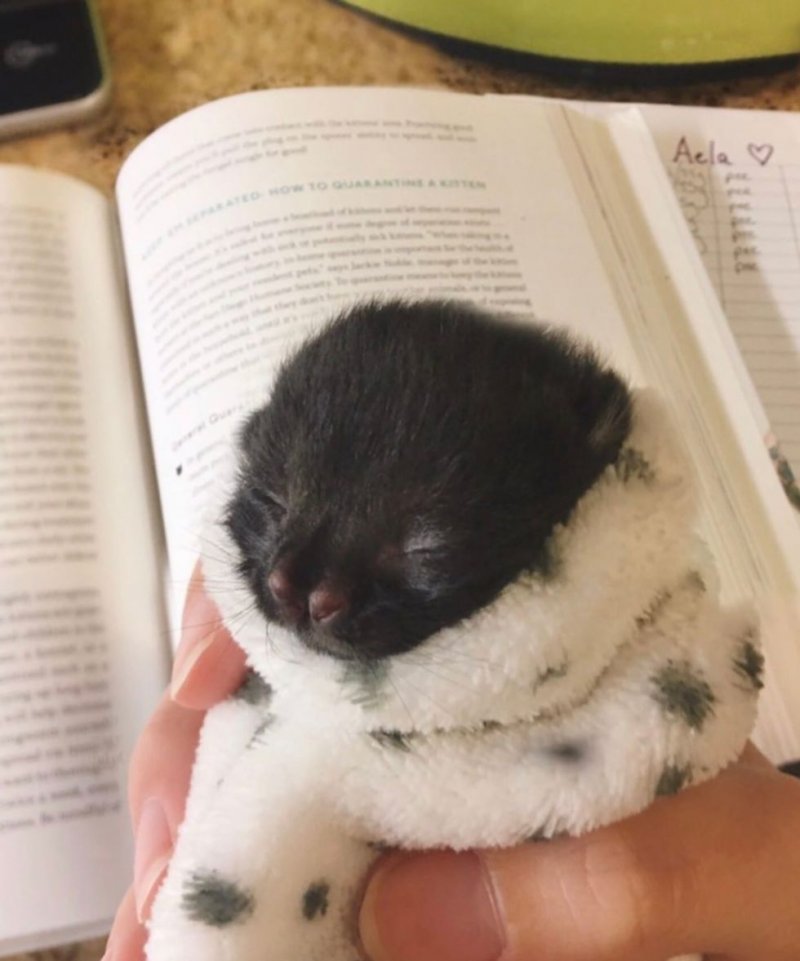 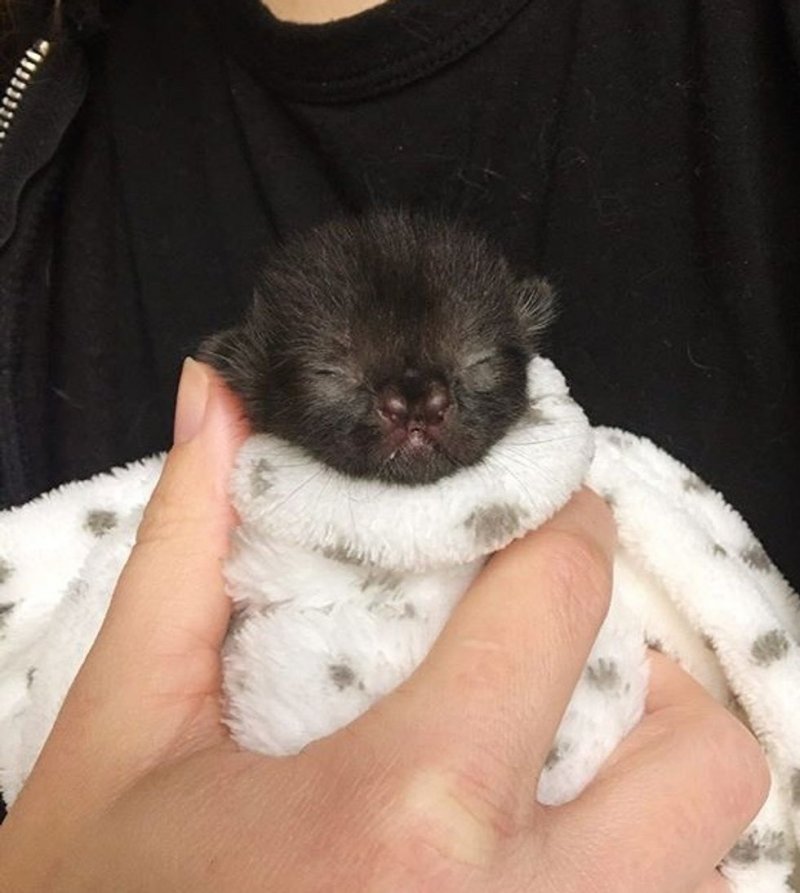 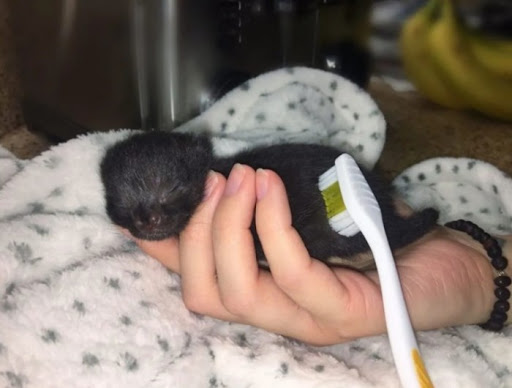 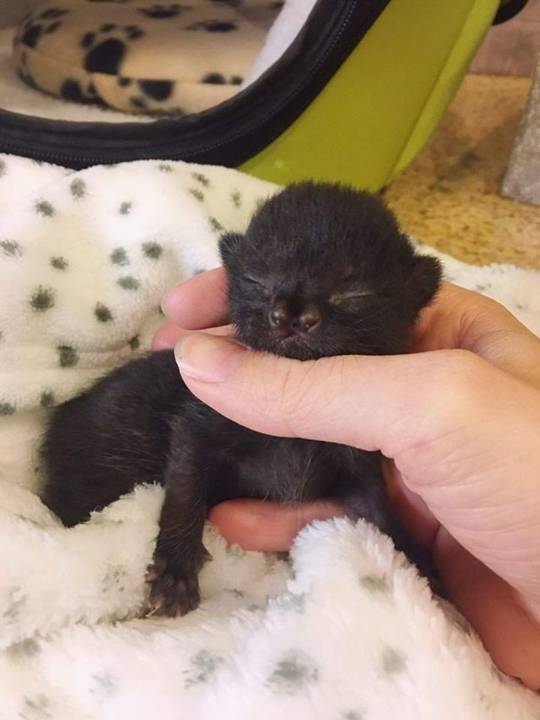