The Hagia Sophia in Istanbul was built in 537. The incredible building has been many things, a Greek Orthodox basilica, a Catholic cathedral, an Ottoman imperial mosque and a museum. The president of Turkey, in 2020, has ordered to reclassify the building back into a mosque. This decision raised many controversies, but no matter what happens, the Hagia Sophia will always be a home for one cat. 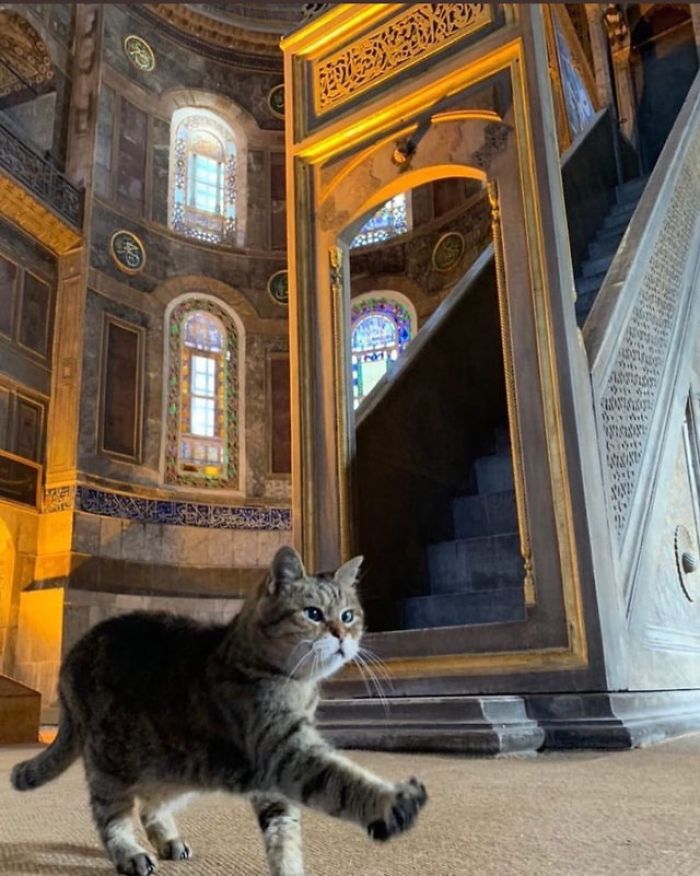 The Hagia Sophia has been home for Gli, a European short-hair cat with crossed-eyes. She has been living there for almost 16 years and tourists that visit the building, adore her. Gli even has her own Instagram, ran by Umut Bahceci, a tour guide at Hagia Sophia. Umut thinks that Hagia Sophia is the crown of Istanbul and it’s the reason why she choose this career. 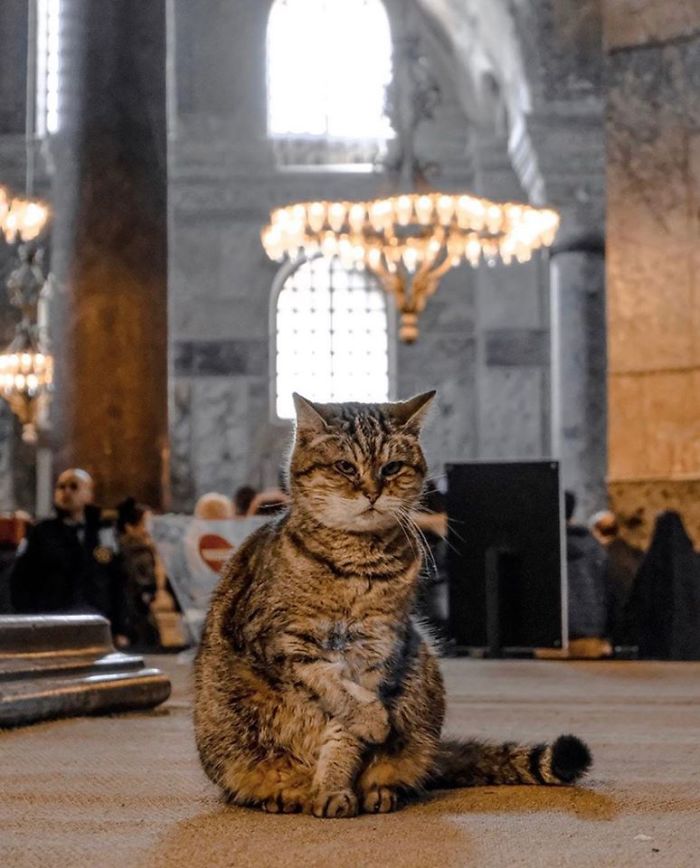 Umut also explains that Istanbul is also famous for its stray cats and that people even started making documentaries about them.

“It was normal to see cats, both around and in Hagia Sophia, but there was something special about this one. I saw a light in her from the very beginning of our relationship. The way she poses, the way she walks, the way she behaves is totally different from other cats, even her sister Kizim. One day, I saw her in the newspaper in a photo with Obama and President Erdoğan. It was then that I learned her name. Perfectly describing the cat’s character, Gli means ‘union of love’,” explains Umut. 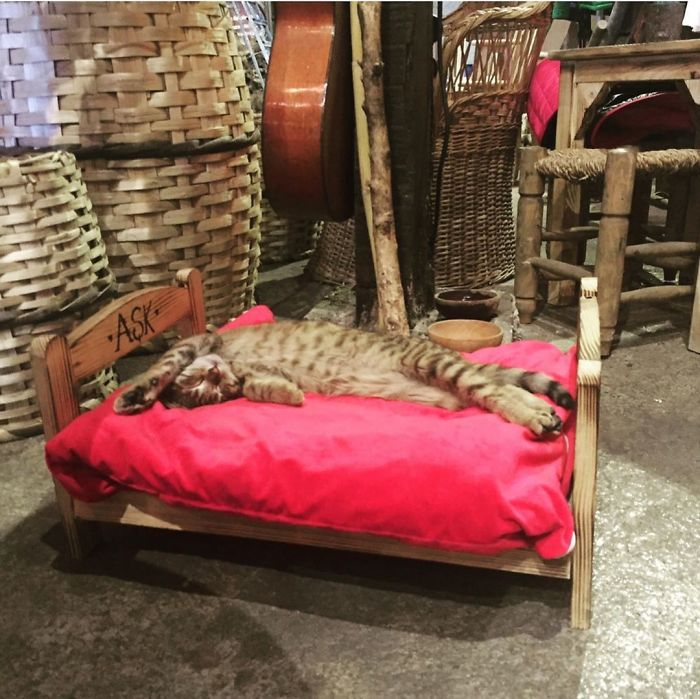 Gli brought everyone together, whatever the color of their skin or religion. Everyone smiled when they saw her. Gli is truly a queen and she loves to pose for cameras. On the other hand, if Hagia Sophia becomes too crowded, she hides in a quiet corner.

Whatever happens to the gorgeous building, Gli will continue to live in Hagia Sophia and called it her home! 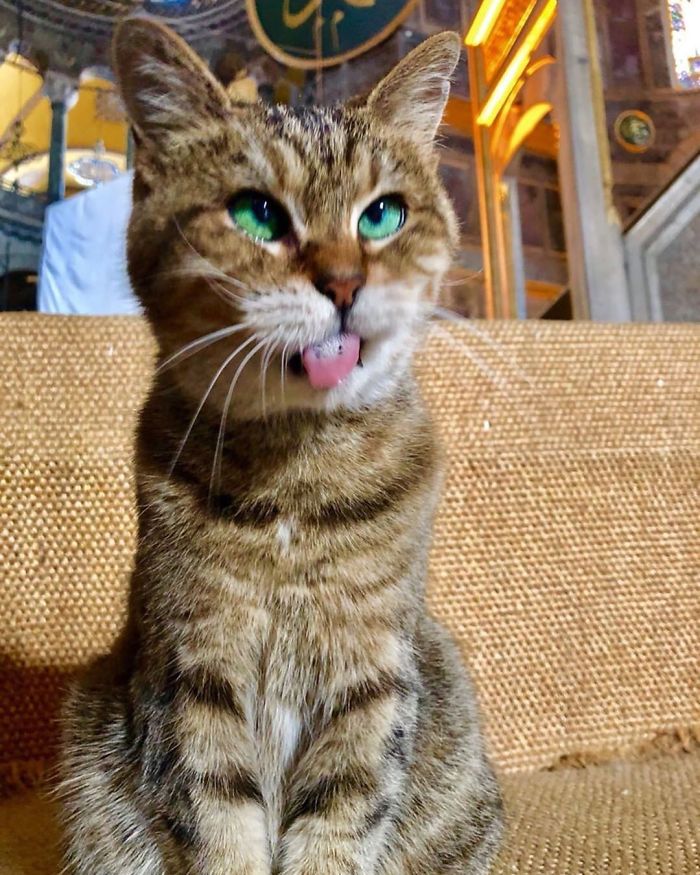 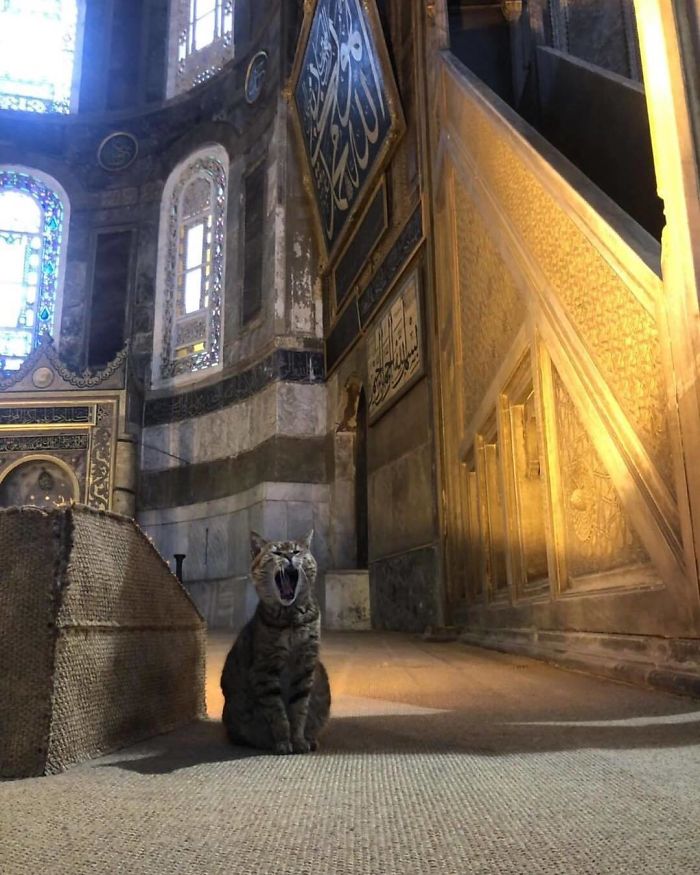 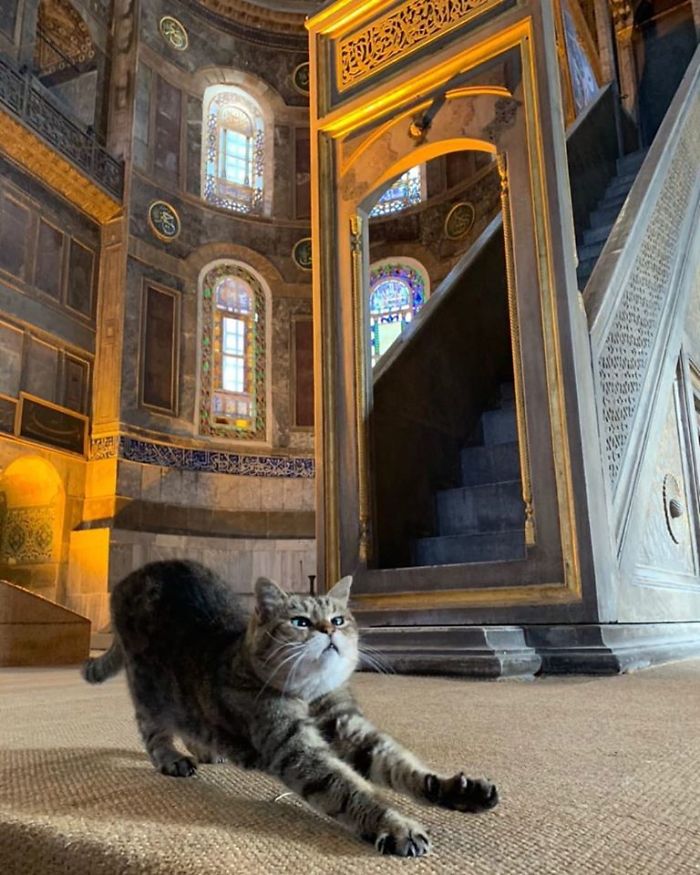 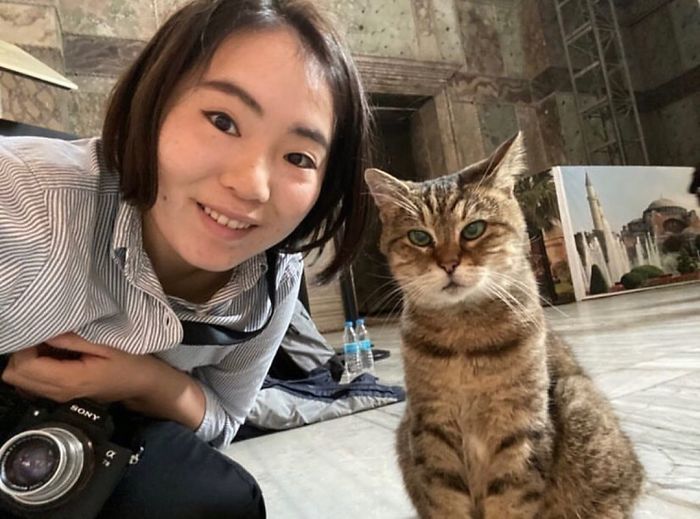 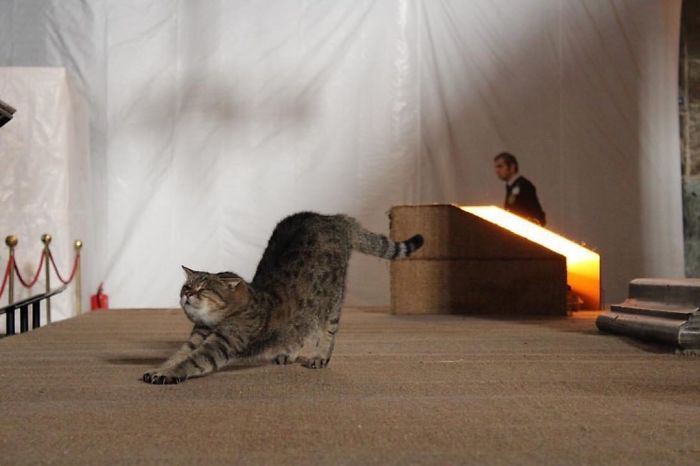 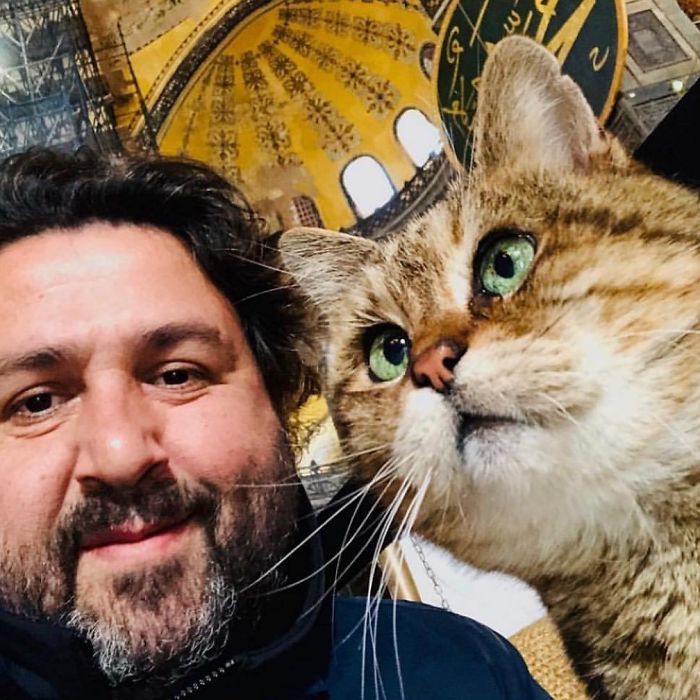 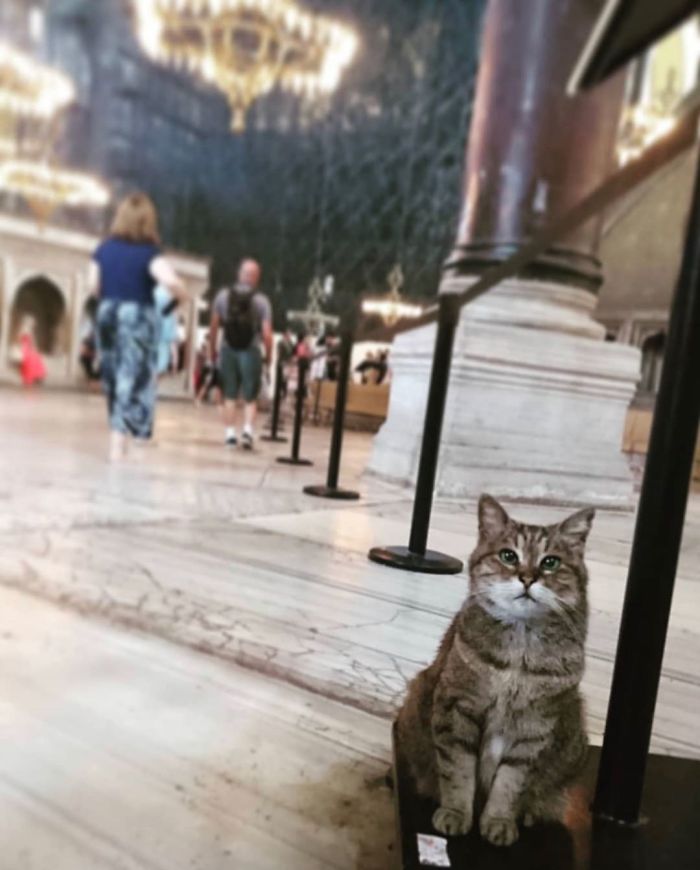 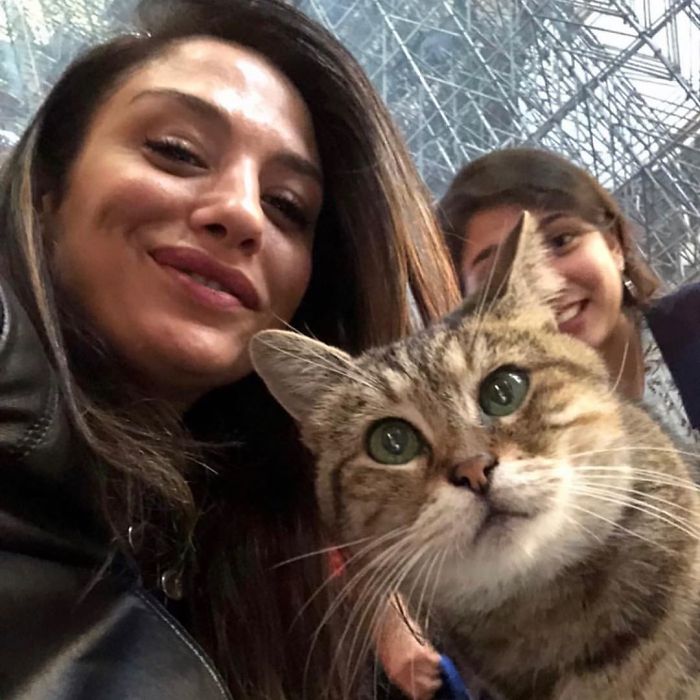 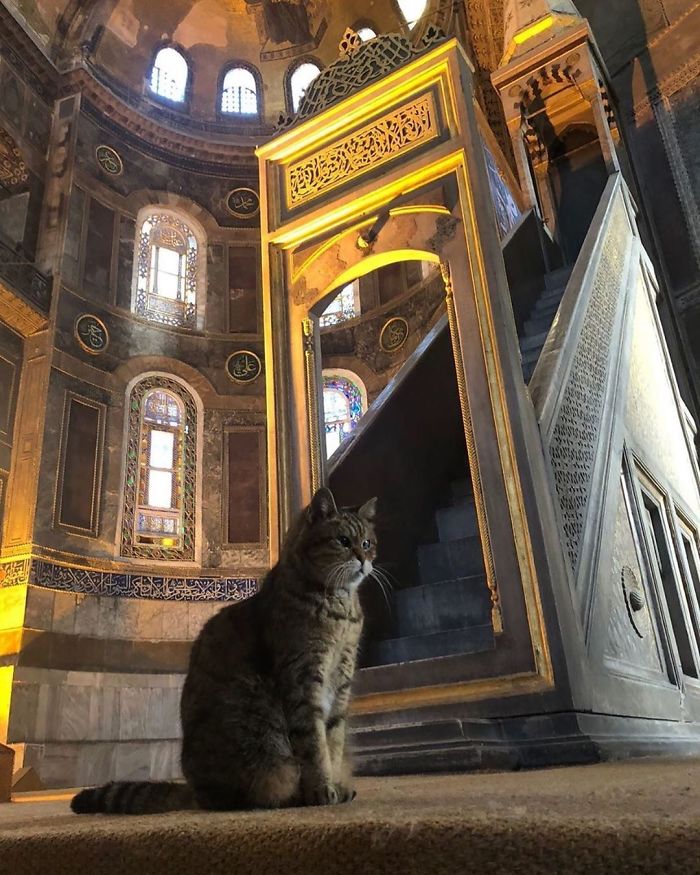