A baby seal was left without a mom, dehydrated and stuck in the mud in a natural reserve in England. The animal was sure to die, but luckily, the baby seal was miraculously saved by a group of cows.

Ian Ellis, a local bird watcher, saw a herd of 30 cows surrounding something in the muddy puddle. 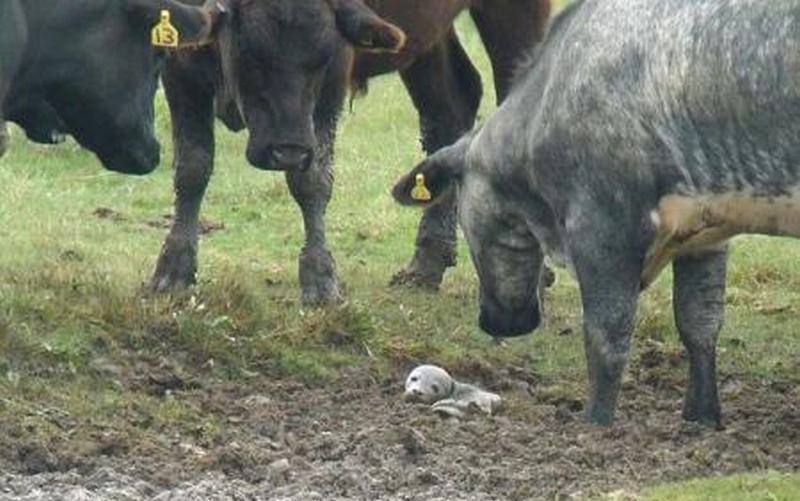 “When he looked through his telescope he saw that they were surrounding a tiny seal pup [stuck in] a creek,” was explained by the Natureland Seal Sanctuary, an animal attraction center in Lincolnshire that took the baby animal in. 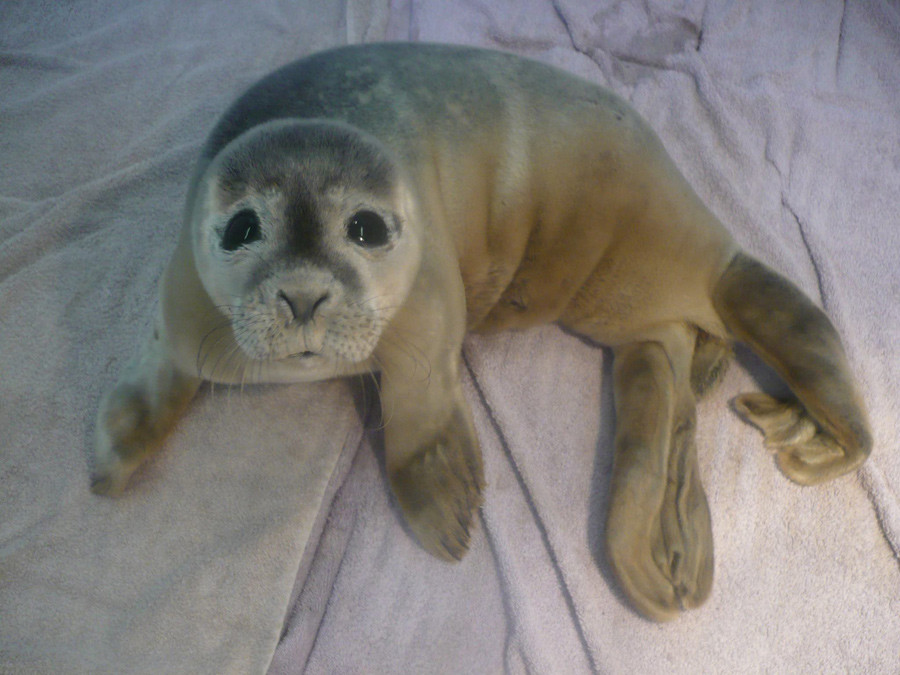 “Once we got the pup back to Natureland, she went straight into the Seal Hospital to begin treatment. Her main problem is that at only 5 days old, she was orphaned and therefore had not fed for a while, she had lost quite a lot of weight and was dehydrated. The seal received rehydration fluid through a stomach tube and high fat herrings which will help her gain back the weight. She is also on a course of antibiotics to combat a breathing problem. Once she is stronger, she will continue through the rehabilitation process until she is 60-70lb (27-31 kg) and is able to feed in the water by herself. We will then release her back to the wild,” explained the director of  Natureland, Richard Yeadon. 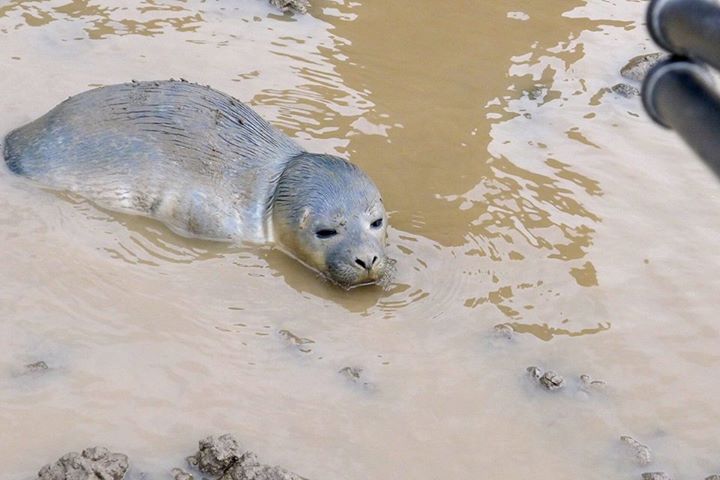 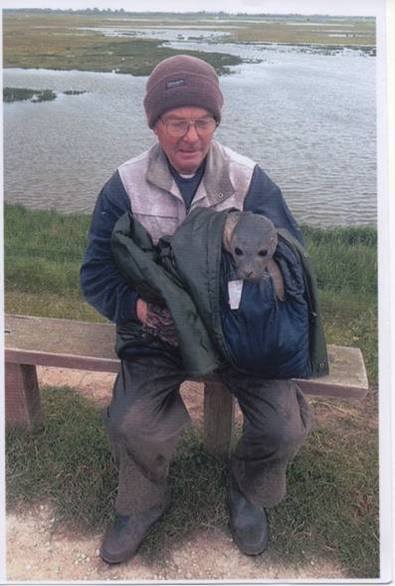 Mr. Ellis who found and helped to rescue the seal pup