The t-shirt is the definition of classic cool, and graphic tees are some of the most expressive pieces of clothing you can fit into your wardrobe. If something has been said, seen, or done, chances are that there’s at least one t-shirt to reflect it. The variety out there is phenomenal, and there’s a chance for everyone to find shirts that suit their needs. But there are a few standards that should be a part of every man’s wardrobe. Here are the five graphic tees you need to know. 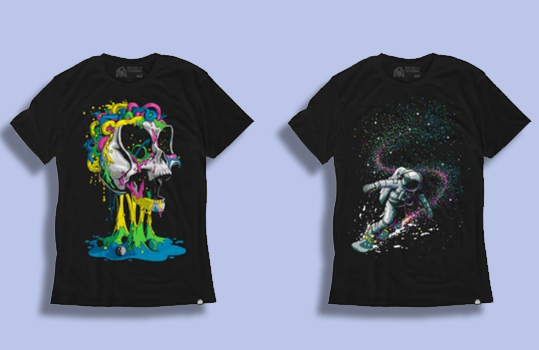 For younger dudes, band tees are often the bread and butter of their wardrobes. But the opportunity to wear these shirts in public starts to wane the older we get. But everyone needs at least one band tee in their collection. It might be a memory of your first show, a favorite album, or a treasured experience.

But music means something, and the band tee helps you reconnect with those moments. Just try to avoid wearing shirts from bands that you’re only peripherally aware of. The logo might look cool, but nothing is more awkward than having nothing to say when a fan mentions the band on your shirt to you.

The athleisure look is coming back into style, and it’s bringing with it a lot of the retro feel from the 1990s. Sports brands are back in fashion even for those who otherwise don’t have much interest in sports, and they’re bringing with them the vintage logos. From the Nike swoosh to the traditional Adidas flower, you can’t go wrong with a classic design.

And you can’t go wrong with a classic team logo either. While being a fan should be a priority when looking at shirts, there’s definitely something primal and universally understood about logos like the Bulls logo worn by Jordan or the charming black and orange Baltimore oriole.

We aren’t necessarily talking fine print. Van Gogh’s Starry Night as a t-shirt might look good for a fifth-grade honor school student, but it’s not exactly hip. Art prints should be statement pieces, and they can run the gamut from traditional art prints to graffiti sketches.

In either case, the goal here is to find something that’s striking and that speaks to you. Famous or well-known works of art aren’t a necessity. Instead, look for a statement piece that tells people about your personality while also engaging their curiosity.

Speaking of statement pieces, there are few statements more extravagant than a glow-in-the-dark t-shirt. These are an especially great choice for attending concerts or other live events, and they do a great job of helping you stand apart from the crowd.

They aren’t the only option in that style either. More adventurous shoppers may also want to try reflective t-shirts that create a sharp sense of contrast that will always stand out distinctly in a crowd. 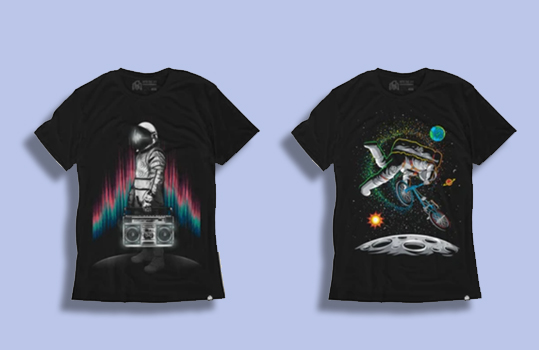 T-shirts can be high fashion. It’s simply about finding one made by the right designer. And while the notion of spending a few hundred dollars on a tee may be ludicrous to some, it’s simply a sign of prestige to someone else.

The key thing is to look for designer names like Versace and Gucci but to also play towards a brand that suits your personality. This isn’t the type of shirt you’re going to wear out every day. It’s as much a status symbol as a fashion statement.

T-shirts can fulfill a lot of different needs within your wardrobe, but ultimately they’re just one part of your larger ensemble. Cool graphic tees aren’t hard to find, but finding ones that are suited to you might be a little tougher.