Every person is different and each of them have their own unique appearances. Though, many people out here today wants to have a specific appearance on their face which is the reason why Plastic surgery cases have increased dramatically in the last few years. However, many of these people don’t understand the needs to undertake plastic surgery. This is why you will find many people investing a lot of money to counter small defects on their skin such as scars and birthmarks. However, the decision and the intentions of undergoing a plastic surgery greatly depends on personal intuits. 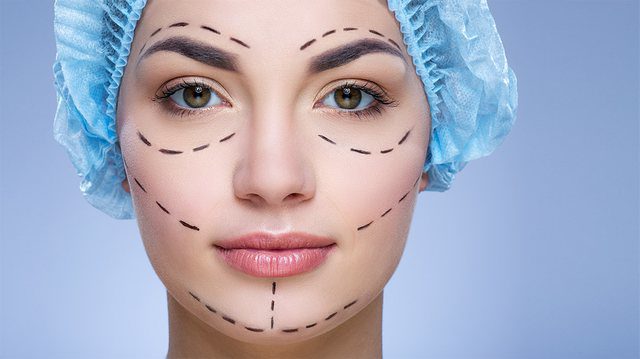 Although many people have been opting for cosmetic and dental plastic surgery, very few of them are versed with the facts below. In this brief, we are going to state 15 surprising facts about plastic surgery that you may have wanted to know.

During the First World War, Harold Gillies performed plastic surgeries to tens of thousands of soldiers that had minor and major facial defects. This is actually the reasons he’s regarded as the father of Plastic surgery.

I know it can be surprising to know that men today are getting ‘’facial hair implants’’ because they cannot grow beards. There are reports that more men than women have been getting facial surgery recently.

Columbia is one of the countries with the highest number of plastic surgeries performed in one year. The country is known to have performed 375,000 cosmetic surgeries for the native and foreigners in 2015. It’s known that thousands of Columbian teenage girls save money for a long time just to undertake their legal surgery when they turn 18 years of age.

Don’t confuse the word ‘’plastic’’ in Plastic surgery with the petroleum based plastic material because this is not the case. This word denotes the reshaping of someone’s skin to alter the appearance.

A 2009 survey confirmed that one in every five Korean girls and older women have performed any type of plastic surgery in their lifetime to alter the way they look. The case is prevalent among college girls because the parents encourage their children to work on their appearances and plastic surgery is one of the major ways of doing that.

Muammar Gadhafi also underwent plastic surgery but instead of waiting for a total anesthesia, he stopped underway to eat a hamburger. In 1995, Gadhafi had Liposuction and another plastic surgery thereafter.

There are many toxic substances in the world and Botox is one of them. This substance was previously underrated and under used but it recently got some additional uses in plastic surgery. Botox is used to paralyze neurotransmission to the muscle cells to facilitate the whole process of plastic surgery.

Doctors also invented a Plastic surgery operation known as PokerTox that helps people to reduce their chances of showing a facial expression when playing poker. This operation was invented by a New York Doctor to help people win the game.

A New Report from the American Society of Plastic Surgeons reveals that the number of Americans both native and foreigners that are undergoing plastic surgery on their nose has drastically increased. The reasons being their unique identity based on their long noses.

In America, more than 91% of all plastic surgery operations are performed in women. Though the numbers are changing as more and more men seek plastic surgery services to correct their beards and nose. Out of the 91% surgeries performed in women, a significant number of them were breast augmentation.  Statistics show that there were about 307,000 breast augmentation cases in women in 2011.

You will be surprised to know the main reason why additional people are undergoing chin surgery. According to a report, the advancement in Video call technology has made many people undergo a couple of chin surgeries.

Plastic surgery should be taken very seriously and in the right hands in plastic surgery centers such as https://lexingtonps.com/. We recommend doing heavy research before you step in the world of body alteration. Plastic surgery has both its positives and negatives and most of this in the in the patient’s mindset as to why they’re getting plastic surgery in the first place.