When looking for the right brand to choose, another factor that influences us is the trusted celebrities and personalities that can vouch for the said brand. That comes especially when choosing valuable accessories such as luxury watches. You may have several luxury watch brands in mind, but today, we will share with you things you should know about one brand, Montblanc. Some of you may have heard about this brand from their expertise in creating fountain pains. They also craft leather accessories and luxury watches. For one, this Swiss luxury watch brand has superb craftsmanship. Their timepieces have withstood the test of times as they have remained durable even after a long time. The personalities we will be talking about today can attest to the expertise of watch-making that is by no other than Montblanc. Check these out! 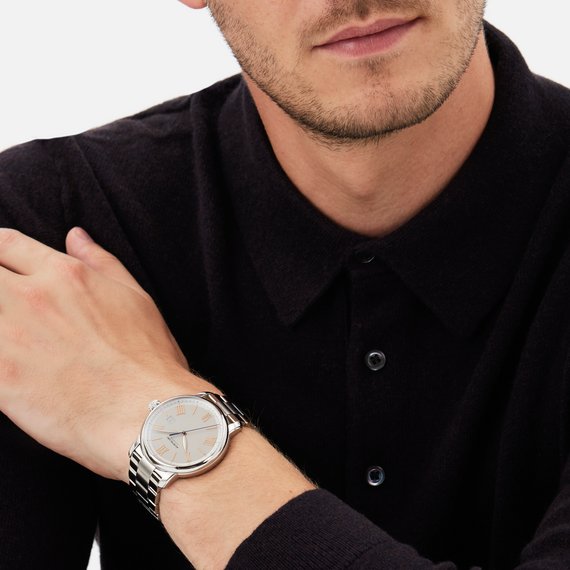 Hugh Jackman is another famous actor and Montblanc brand ambassador. We mean, who can ever forget this iconic actor who has given life to the mutant Wolverine? Not only an actor but also a singer and a dancer, Hugh Jackman is a good choice for being a Montblanc brand ambassador. He was spotted wearing a Montblanc Heritage Spirit Pulsograph watch when he attended the Golden Globes. In this much-awaited event, he got a nomination for best actor for the film The Greatest Showman.

The Montblanc Heritage Spirit Pulsograph is a $30,400 manually wound watch with a mono-pusher chronograph. It also has a pulsometer, which can track your heartbeat. As for the design, this watch does not disappoint. This watch is made with an 18-karat 5N rose gold. You can view the movement at the back of this watch because it has a transparent sapphire case at the back.

Montblanc creates not only watches but also jewelry! That is why the Swiss brand has been one of the brands widely worn by celebrities in the recent Golden Globes events. During the 75th Golden Globes, about 14 stars wore Montblanc accessories. One of these stars is also Dwayne “The Rock” Johnson. The actor wore a Montblanc 4810 ExoTourbillon Slim watch. The Suicide Squad 2 actor also wears a Montblanc Essential Sartorial cuff link.

As for the timepiece, which amounts to $34,700, the Montblanc 4810 ExoTourbillon Slim boasts being one of Montblanc’s best watches.

Denzel Washington is also one of the celebrities who wore a Montblanc watch. This award-winning actor is known for his movies and yes, for his fancy taste in timepieces. In the recent years of the Golden Globe Awards, the public has also seen him wearing a Montblanc watch. During this time, he earned a nomination as best actor for his film, Roman J. He wore a Montblanc Star Classique watch.

Another famous actor chooses to wear a stylish watch from Montblanc, like Denzel Washington and the others. During the last years of the Golden Globe Awards, Call Me By Your Name actor Armie Hammer wore the $4,300 watch, Montblanc 4810 Dual Time watch. This timepiece is also one of the best watches the Swiss brand can offer–a true classic, indeed. Armie Hammer was also spotted wearing Montblanc cufflinks.

Bill Pullman is also one of the many actors who trusted this prestigious watch brand. If you have seen the movie Independence Day (1996), you might have known this actor. He was wearing a Montblanc Heritage Spirit Perpetual Calendar costing about $12,800.

It is impossible to miss the Game of Thrones actor Kit Harrington who played the iconic character of Jon Snow. He wore a Montblanc Heritage Spirit Moonphase.

William H. Macy is also one of the talented actors who choose Montblanc watches as their ticking companions. You would know William H. Macy if you have watched the film Fargo (1996), where he bagged the nomination for best supporting actor. He wore a Montblanc Tradition Automatic.

This actor was seen not only wearing a Montblanc watch but also Montblanc cufflinks! Garrett Hedlund is known for starring in films such as Troy (2004), Pan (2015), Triple Frontier (2019), and more! For his watch, he chose the Montblanc Heritage Chronometrie Ultra Slim watch. For his cufflinks, he wore Montblanc Red Gold Onyx.

If you think that Montblanc is a watch only for men, that is when you are wrong. Internationally famous Korean rapper and singer CL was also seen wearing a Montblanc watch. She wears a Montblanc watch not just in events but also for her pictorial in Esquire Korea. Of course, she highly exuded fierceness and elegance at the same time as she wore the brand’s ultra-black collection. She had this pictorial with rapper Park Sung Jin and actor Ji Jin Hee. CL will ring a bell to you if you have been familiar with the 2ne1 song, Fire or I Don’t Care. More than this, CL made her name on an international scale when she went solo.

A Montblanc Watch for You

Here are just some of the famous personalities that can vouch for the prestige, craftsmanship, and action that Montblanc can give. If one of these personalities is your idol, it might be good for you to know that they choose Montblanc! This watch brand may have pricey watches, but they also have affordable timepieces that will be great for you to start with. You can visit WatchShopping.com for authentic Montblanc watches.