The combination of honey and cinnamon has long been used to treat various illnesses at homes. Their medicinal properties get amplified when used together, synergistically. Given below is a list of ten conditions that this medicinal duo has been known to cure for centuries now. 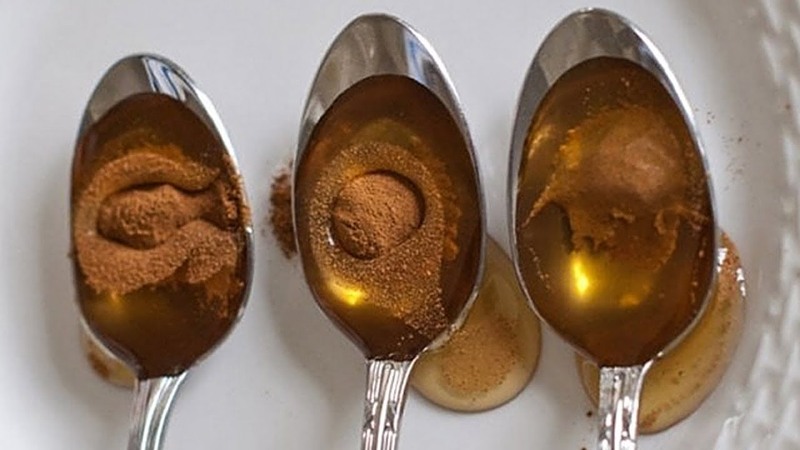 The honey in this combination soothes the inflamed parts of the respiratory tract that flu and colds usually attack. It treats the flu by strengthening the immunity system and also relieves us of the cough. The combination has antibacterial, antimicrobial, and antioxidant properties which make it impossible to part with during common colds. Tea with cinnamon and honey can be soothing to one afflicted with the flu.

Cinnamon oil has been proven to help reduce triglycerides in the blood by as much as 30%, as mentioned in an article in the Journal of Diabetes Technology Society, 2010. It also cleanses the body of bad cholesterol (LDL) by 27%, making it one of the most effective ways of dealing with cardiovascular problems.

The mixture of honey and cinnamon, if taken in the ratio of two tablespoons to one teaspoon, can prove to be effective on joint pains and chronic arthritis. A few researchers at Copenhagen University found out that this specific proportion, served every day before breakfast, helped people, who could not even walk due to pain, to move around with almost zero pain.

While raw honey can be useful in treating symptoms of allergies, inflammations, and so on, by strengthening the immunity system and soothing the inflamed parts, cinnamon bark oil and extracts can be used as an effective anti-dust mite solution. Dust mites can cause asthma, dermatitis, and rhinitis, amongst other problems, but the cinnamon bark or leaf oil mixed with distilled water, can be sprayed everywhere, without the fear of inhaling dangerous chemicals that anti-mites solutions often come with.

UTIs can be treated with cinnamon extracts, according to The Iran Journal of Medical Sciences. It is the fourth best plant extract to combat UTIs, amongst the 28 odd plants that were tested.

Honey and cinnamon are effective ways to send all the fatigue in our body, packing. Honey is rich in natural sugars which provide instant energy. Cinnamon, on the other hand, boosts the insulin and provides energy without disturbing sugar balance. Both of them are rich in minerals and certain other vital nutrients, resulting in an energized body when taken regularly.

The digestive tract can be treated using this combination for nausea, and constipation. It also helps with ulcers and to expel E. coli infections and also H. Pylori bacteria.

Known for their antibacterial and antimicrobial qualities, honey and cinnamon can be used on parts affected with acne for fast relief. While honey makes the skin less wrinkly, and cleaner and more moisturized, cinnamon directly fights the acne causing element- Staphylococcus epidermidis. Honey also helps treat dry and itchy skin. Just mix the two and apply on the affected area for best results.

People who are medically obese are often recommended to have honey and cinnamon for faster metabolic processing and fat-burning qualities.

People with gingivitis are advised to chew or suck on Manuka honey products. It works wonders by reducing plaque by 35% and bleeding gums by the same amount.

Honey and cinnamon can be used every day due to their easy availability. Honey can serve as an easy sugar replacement. Also, it is best to use the Ceylon cinnamon (can be taken up to 5g/day) over the Cassia cinnamon (can be taken only up to 0.5-2g/day) due to the presence of this compound called coumarin, which is harmful, if taken in large amounts. However, if these things can be looked into, honey and cinnamon can be declared to be the best home remedy used!

Get to your best health soon.