Ah, Lego. It is the brand that lays strong on the tip of children’s tongues. Why do they enjoy playing with them so much? Maybe the answer lies within the colorful blocks, the intensity of putting them together, or the amusement received from making a whole new world out of tiny blocks! Curious? Let’s find out ten crucial things that children may learn from playing with Lego. 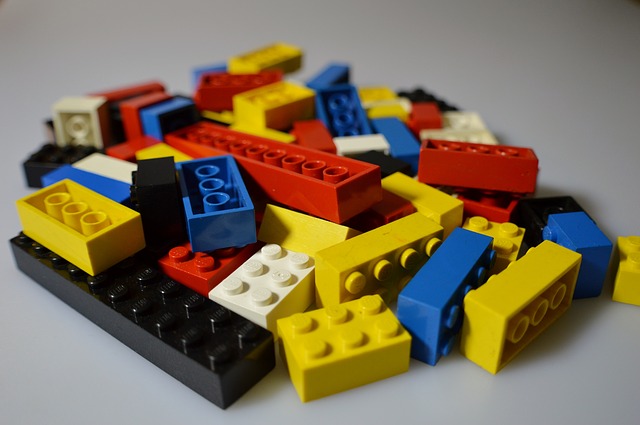 This skill correlates more to toddlers in particular. Instead of sitting them down with books, a lego set may help a 4-year-old learn amazing things rather than learning them from nursery school. Playing helps children of all ages learn new skills and refine already known ones.  Not only are the colors attractive in Lego sets, but you could also point them out to teach them primary colors, secondary, etc.

It is really important to make sure your child is using his or her muscles to the maximum. Lego sets could help children with this. How? Well, playing with Lego toys gets them moving as they mess around with the blocks. While doing so, they are effectively moving their fingers and arms to pick up pieces of Lego and move them around the floor. Young kids love building activities which is why block games are the best for them in their developing years.

If there’s one way to encourage creative flow in a kid, it’s Lego. Allowing a child to figure out a block set by himself would let him run free with his imagination. Although most Lego block sets come with instructions, allowing children to play with it without instructions is a great start. This way, they will figure out how to set it up with trial and error. Like we said earlier, kids love building and do not get tired of it that easily. For more information on Lego, head to legoways.com

Making buddies is a great step in a child’s life. Apart from communicating with their siblings and parents, children look forward to making friends. Through playing in a group, children learn these things quite conveniently. Lego sets help kids learn to take turns, share pieces and build teamwork qualities at a very young age. This will help them learn the importance of social relationships as adults.

If you’ve observed young kids, they love winning. Well not exactly winning, think it more as having a sense of accomplishment. Children are known to run to their parents asking them to look at their new discovery or finished creation. Keeping this in mind, Legos too play a role in giving children that proud moment of victory. After completing their art, they will surely feel accomplished and probably receive a reward!

Children learn a lot of educative aspects from building Lego sets. Since girls usually find building activities boring, Lego brings in interesting factors to get them going. A child would love to take part in building a dinosaur or any other animal that they like. This helps them stay interested and attentive. Lego sets may also have hidden mathematical and technical aspects to them, thus igniting a probable interest in the future of the child.

It is really important for kids to learn the quality of persistence. This is because it will be useful in shaping their future as adults. Lego sets help with this immensely. No, we’re not bluffing. You see, there are many times where building Legos can get frustrating. As children, their patience level with things might not be the best. However, Lego brings persistence along as it is a positive thing that the child will not shut up about till completed.

Whether they refer to the instructions or not, building Legos are like solving puzzles. To the child, they require equal amount of time, patience and imagination. This is why it makes kids more excited to engage in this sort of building block activity.

The amount of confidence and personality that a child reveals after playing with Lego is unreal. After accomplishing the task, they get this sort of new light in them. Children are able to develop their sense of individuality as people and thus even have better self esteem levels later in the future.

Differences are a whole issue in today’s world. However, letting children know that they are okay is crucial. Especially at a very young age. This is because even though the final result may not look like the one in the picture or instructions, the child has used his/her unique imagination and added something different to the world!